Ford Motor Co. has begun shipping its new aluminum-bodied Super Duty pickup, one of its most profitable models, from a Kentucky factory, the automaker’s top North American executive said.

“This is one of the strongest products in our portfolio,” Joe Hinrichs, Ford’s president of the Americas, said in a presentation Tuesday at a JPMorgan Chase & Co. conference in New York, according to a report from Automotive News. “This is the first all-new Super Duty in 18 years.”

The second-largest U.S. automaker said last month that its profit goals for the year are at risk because it no longer sees the U.S. vehicle market growing. The cost of introducing the new Super Duty pickups, such as the F-250, was already going to pressure margins in the year’s second half, Ford had said. But rising incentives and slowing sales are also taking a toll, as Ford’s North American pretax profit slid 4.8 percent in the second quarter to $2.7 billion.

The Super Duty, which began shipping this past weekend, will eventually provide some relief, once Ford gets through the costly launch phase when it’s spending to overhaul the factory in Louisville, Ky., and market the new truck. The automaker rolled out an aluminum-bodied version of its smaller F-150 pickup over the last two years, which can be seen as a guide to how Super Duty will eventually improve profit, Hinrichs said. 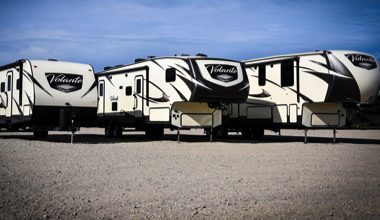