A nonprofit group is making it their mission to put a roof over the heads of homeless veterans here on the Central Coast, according to a report from KEYT.com

Army veteran Cunningham is one of thousands of vets who had a hard time adjusting after serving in the military.

Cunningham has spent much of his adult life, homeless.

He says it impacted his family life.

“It becomes real difficult, it can actually crumble a family, it has crumbled many a family,” Cunningham said.

Now, through RV’s for Veterans, Cunningham now has a new place to call home.

“It has, it’s been a blessing,” Cunningham said.

“It’s just one gift to another,” RV’s for Veterans Director Cherie Michaelson said.

Cherie Michaelson is the director of RV’s for Veterans out of San Luis Obispo. Her non-profit group began five years ago.

“We have donated out 60 RV’s to homeless veterans, families and single men and women as well,” Michaelson said.

Michaelson says they currently have 30 homeless veterans in need of RV’s here on the Central Coast – and that doesn’t include the calls she gets from out of state. Once Michaelson finds an RV for the veteran, she helps that vet find a permanent place to park it. 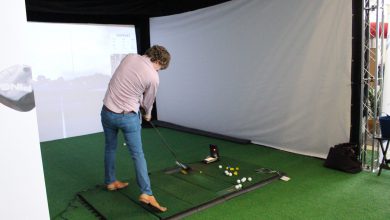 Roadtrek Partners with Biketoberfest at Daytona