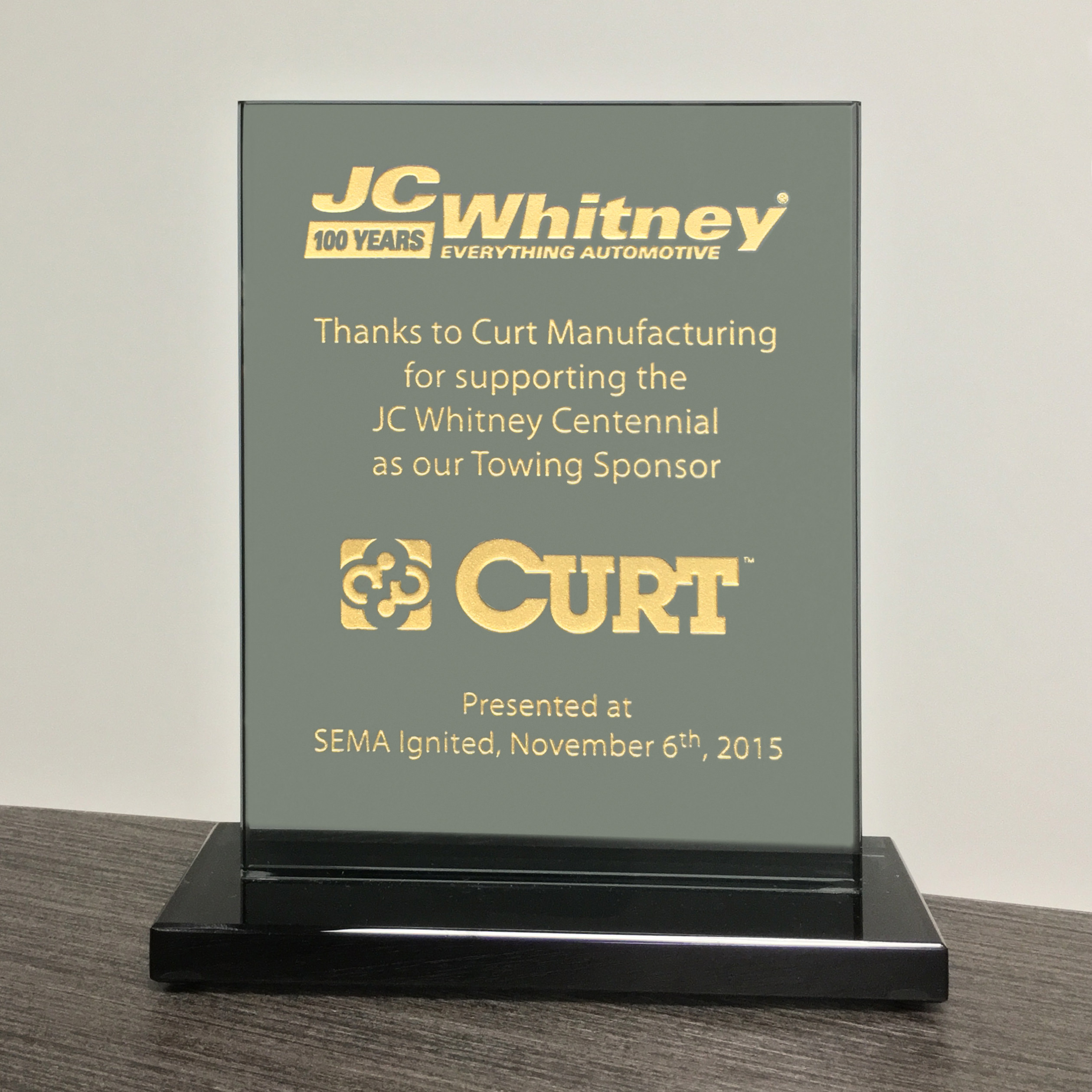 CURT Mfg. recently received an award of recognition by JC Whitney, a direct marketer of name-brand automotive parts and accessories.

CURT received the honor as an official Towing Sponsor of JC Whitney’s Centennial vehicle build project. To celebrate its centennial, JC Whitney customized two vehicles to give away.

Both vehicles were on display all week at the 2015 SEMA Show in Las Vegas. More than 68,000 people entered to win one of the customized vehicles, and on the closing day, at the SEMA Ignited event, the winner selected the F150. The Jeep Rubicon was auctioned off on Nov. 14, with the proceeds benefiting the United Way Veterans Programs and the Alex Xydias Center for Automotive Arts.

To read more about JC Whitney’s centennial celebration and to see the vehicle builds, click here.