After searching for potential buyers or investors, Kansas-based Peterson Industries, maker of Excel fifth wheels, including the Winslow, Limited and Wild Cargo models, closed its doors over the weekend.

The company made the announcement Friday morning online through an Excel owners’ forum and its Facebook page.

No information was posted on the Excel RV website, which appeared to go offline Monday morning with an announcement that the account was suspended.

“We are sad to say Peterson Industries has been forced to discontinue operations, and we have no further information for you at this time. We deeply regret any issues and inconveniences this has caused.”

The company had struggled in recent years to rebound from the 2008-banking crisis, according to the online letter from Peterson Industries President and Chief Operating Officer Bryan Tillett, who had been one of seven candidates in the running for four spots on the RV Industry Association’s Board of Directors last year.

“After a diligent search seeking a buyer or investor proved fruitless, I am so sorry to say that the last seven years has left Peterson Industries undercapitalized and unable to continue,” the letter read. “Therefore, we regret to inform you, our valued family members that Peterson Industries is closing our doors, effective immediately.”

The announcement surprised many Excel dealers and owners, including Harry Mero, president of Stormrunner RV Sales, an Excel dealer based in Bayfield, Ontario, Canada.

“They were probably one of the best ones built,” Mero said. “It’s an awful shame to see them go down.”

Mero said he first read the news of the company’s closure online Friday night, adding that the brand didn’t make up a large portion of the dealership’s sales.

“The big problem with the Excel was they were always three or four years behind on the interior decor,” he said. “That was a major issue with them. But as far as construction, there wasn’t another product out there that would compare with them. They were the last of the wood-built.”

“Peterson Industries, Inc. has been a pillar of the RV industry and our community for nearly 50 years. Founded in 1966 by Vaughn & Leonard Peterson, the Excel brand has survived crisis upon crisis and always bounced back. Beginning with the fuel shortages in 1974, when people stood in line for hours just to get gas. Followed by the interest crisis of 1979, when interest rates jumped to a staggering 21%.

“Next, we had a fire in 1983 that burned our main plant to the ground. Operating out of 5 locations around Smith Center, we produced our 1st unit within 30 days after the fire.

“Then came 9/11 and the softening of the RV markets during the Gulf war.

“And finally, the greatest recession to hit America since the 1930’s, caused by the sub-prime mortgage crisis that began in 2007 and lasted for a staggering 6 years for the RV industry. Coming into the 2007 recession, Peterson Industries was positioned quite well to sustain a moderate downturn. This however, was in no way ‘moderate’! The recession began with approximately 15 RV manufacturers building in the ‘high end’ market, until finally there were only 2 left. DRV and Excel.

“After a diligent search seeking a buyer or investor proved fruitless, I am so sorry to say that the last 7 years has left Peterson Industries undercapitalized and unable to continue.

“Therefore, we regret to inform you, our valued family members that Peterson Industries is closing our doors, effective immediately.

“On behalf of Vaughn, Duana, Bryan, Curtis, and all the employees, we want to take this opportunity to sincerely thank you for your loyalty and for giving us an opportunity to be a part of your lives.

“Words cannot express our gratitude … We will miss you all so very much!” 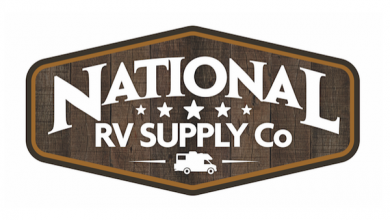 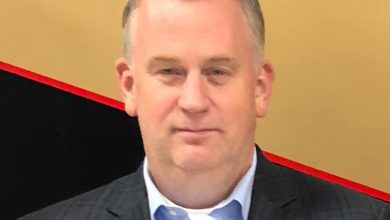