The announcement that Thor Industries bought Jayco on July 1 sent shockwaves throughout the RV industry, the largest of which were felt in Elkhart County, the Elkhart Truth reports.

Thor Industries, the world’s largest RV maker, bought Jayco for $576 million. Little will change for Jayco and its employees, for the time being, as the company will operate as a subsidiary of Thor with the existing management remaining intact.

For the RV industry, however, the move puts nearly 50 percent of the North American RV market in the hands of one company, according to Statistical Surveys. Some area residents and industry insiders are questioning whether having one company control nearly half of the market is a good for the industry and Elkhart County.

Michael Hicks, an economist at Ball State University, said that what really matters is the health of the overall industry.

“Industry consolidation is a good sign. It means the employers have access to what they need,” he said.

Area residents have mentioned the word “monopoly” in relation to Thor’s expanding presence in the market. However, Hicks said that antitrust regulators are not concerned about the RV industry on a national scale.

He believes the most significant antitrust concerns would only affect the local economy, but are still a longshot.

“Really, the biggest impact a monopoly would have on the county could be with other employers,” Hicks said. “The company could set the wages for other manufacturers, but it is hard to see an RV company setting wages in other industries.”

Hicks said Thor is not a monopoly, and Indianapolis based antitrust lawyer Scott Gilchrist said that assessment appears to be correct.

Gilchrist says the Federal Trade Commission and Justice Department will conduct a joint review of the Thor-Jayco merger — and any merger that has a value of $78.2 million or more — to make sure the merger does not decrease competition, which could lead to price or market manipulation.

“Once it is determined that the proposed merger will not substantially lessen competition then the merger can proceed,” said Gilchrist in an email.

Kyle Hannon, president of the Greater Elkhart Chamber of Commerce, said that consolidation among RV manufacturers is a natural process and quite common for large growing companies.

“It kind of takes away some of the historical or romantic aspect of the county,” he said. “Maybe that rags-to-riches story gets a little harder for individuals.”

Hannon said he remembered when the auto industry had a lot of smaller companies that have now disappeared under the umbrella of larger auto makers like Ford or General Motors, but the auto industry remains strong. In addition, RV manufacturers are in stiff competition not only with each other, but also with manufacturers of other big ticket recreational products.

“I think the industry right now has more competition in it than it ever has,” he said. “There is more competition for the dollar between the boating industry, the RV industry and others. They are all fighting to make sure consumers spend money on their products.”

Here’s what joining the two companies means in raw numbers, reported by the Elkhart Truth.

The Stakes of Camping World’s IPO 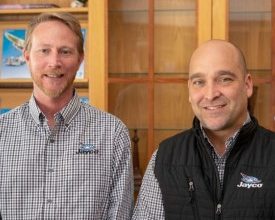 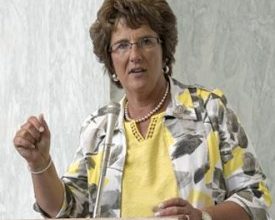