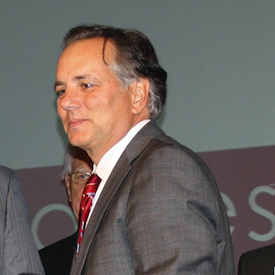 LAS VEGAS – If it seemed like education classes were more full and there were more people visiting exhibitor booths at this year’s RV Dealers Association Convention/Expo, that’s because that, indeed, was the case.

RVDA President Phil Ingrassia said dealer attendance for the annual showcase was up 13 percent, as more dealerships were represented and those who came brought more of their staff members than last year. Total attendance was up 4 percent, but exhibitor attendance was pretty much flat from the 2015 event.

“It’s a very unique week with the election going on and people paying attention to that,” Ingrassia said. “We tried to facilitate people who wanted to watch the polls with the TVs in the Expo Hall and in the dealer lounge. That seemed to work pretty well. People seemed to enjoy that. It’s been a really exciting week. The education sessions were very well attended and there was a lot of good information presented.”

The Dealer Lounge, sponsored annually by Thor Industries, is always a place where people hang out between classes and get coffee and hot tea while networking with acquaintances. But the Lounge was especially popular Wednesday morning as people watched a pair of TVs tuned to CNN and Fox News to find out more about the results of the presidential election.

TVs also were located in the Expo Hall.

Other improvements in this year’s show were improved signage to make it clear where each class was being held and an improved App that dealers can use to receive information from RVDA throughout the year.

“This is our first year with our App, and people are learning about that,” Ingrassia said. “Since people will be able to keep this App on their phone, they don’t have to re-download a new one or learn how to operate it. Plus, we’ll just have more people downloading it throughout the year. We’re going to try to use that for more notification, not to bombard people, but to let them know things. For example, today we let them know the Expo was open and there were seven Young Executives educational tracks. We’ll look at expanding that next year and I’m sure there will be some enhancements to that as well.”

Improvements and enhancements are sure to pop up for next year’s event, but for now, the 2016 show met expectations and left the industry with a positive buzz, according to Ingrassia.

“When dealer attendance is up 13 percent, that’s what the exhibitors want to see,” he said. “We’re also trying to highlight new exhibitors and things like that so dealers can see the benefit. We’re very happy with the turnout and we’ll take everybody’s input and make a better one next year.” 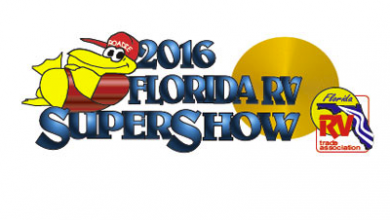 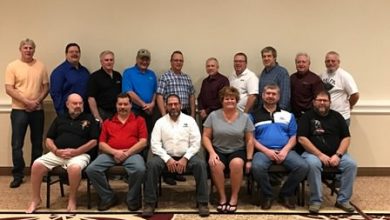