But what really makes SOF soldiers successful is their teamwork. Planning and leadership skills that are augmented with great weapons, technology, and support systems. SOF soldiers at all levels have an unquenchable zeal on learning, improving, and teaching other team members.

SOF soldiers, through heavy participation in creating, improving, and approving their final mission plans, have high level of engagements in mission success. Adopting these SOF planning and leadership skill sets for your organization drives employee performance, innovation, teamwork, and engagement.

The simplicity of this process is that when you start with success and work back, you incorporate all the critical steps necessary to get you to the planned success.

As a battleplan is developed, military planners have a separate team roleplay as the “enemy” to ensure the plan is challenged against the full range possible outcomes.

Once the war game is complete, the initial plan is updated and re-written to ensure all the predicted enemy actions are mitigated.  The war game process is when you put a draft plan against expected challenges and potential problems to ensure that your plan will be successful.

Innovation for any type of improvement in any industry needs constant testing, improving, followed by reevaluation. SOF excel at this process because the act of perfecting individual skills is a critical aspect of military excellence.

The setting up of a machine gun by a weapon’s team quickly and under all weather conditions is a key aspect of success.  Military convoy teams constantly rehearse how to react to an enemy attack, treat an injured team member, or recover a stuck vehicle.

The ability to know how to practice, improve, and practice again is critical to innovation and plan success.

SOF uses the U.S. Army’s After-Action Review (AAR) to review, capture, and learn from mistakes. The purpose of the AAR is to help an organization and individuals understand what happened, what worked, what did not work and why.

Once the team understands and agrees upon what needs to be fixed, then the team acts together to discuss, experiment, find, and agree upon a solution. In the military, the AAR process is used daily and it is used in the same manner from unit’s sized three to five people, to units consisting of thousands of people.

A well-run AAR creates engagement by participants because it asks and listens to feedback from all team members regardless of rank, position, or experience.

With P-A-C-E, a business can ensure success because they plan and expect problems and find ways to surmount obstacles to ensure the mission is a success even if the first three plans fail.

Success is not by accident and success is never guaranteed. 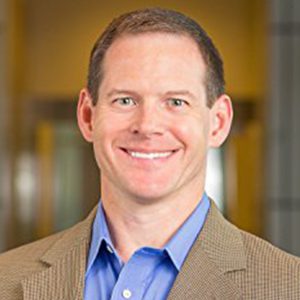 Chad Storlie is a retired U.S. Army Special Forces officer, an Iraq combat veteran, and has 15 years university teaching experience as an adjunct professor of marketing. He is a mid-level B2B marketing executive and a widely published author on leadership, logistics, marketing business, data, decision making, military and technology topics.