Businesses should enjoy brisk economic tail winds in 2019, according to economic experts, who say corporate profits will continue to rise at a nice pace, and the improving job market will inspire consumers to spend freely. It should all translate into a healthy operating environment for the coming 12 months, although economists are starting to see early signs of an eventual slowdown.

“The business cycle has entered its boom phase,” says Sophia Koropeckyj, managing director of Industry Economics at Moody’s Analytics, a research firm based in West Chester, Pa. The nation’s total revenues from goods and services – or the gross national product (GNP), the most commonly accepted measure of economic growth – is expected to grow at a 2.7 percent clip in 2019.

Despite the generally sunny outlook, the GNP forecast represents a modest deceleration from the 3 percent increase expected when 2018 numbers are finally tallied.

“There are several reasons for slower growth in 2019,” says Scott Hoyt, senior director of consumer economics for Moody’s Analytics. “The largest is that deficit-financed tax cuts at the start of 2018 lifted growth. No such support, in terms of an additional increase in after-tax income, is expected in 2019. In addition, job growth will be slower because of there being fewer available workers.”

Finally, Hoyt notes that interest rates will likely be higher, a factor that can have a softening effect on business investments.

Going into 2019, business owners possess a lot of optimism. That’s fueled by healthy corporate profits, which are expected to rise by 3.7 percent in 2019, according to Moody’s.

“We expect corporate profits to benefit from the tax reform, mainly through the lower top tax rate and the new equipment accelerated expensing provision,” says Koropeckyj. “Another positive to corporate profits is the rollback of Dodd-Frank Act provisions, which had increased costs for businesses.”

The anticipated level of business growth actually represents a deceleration from the 6.9 percent increase expected when 2018 numbers are tallied, a moderation largely due to an anticipated rise in labor costs and higher interest rates.

“Our member companies are reporting significant upticks in business growth, and most are anticipating a healthy 2019,” says Tom Palisin, executive director of the Manufacturers’ Association, a York, Pa.,-based regional employers’ group with more than 370 member companies. “There is so much demand they can’t keep up. Lead time has extended appreciably, from a couple of months a few years ago to three to six months today.”

Business optimism rests atop a firm base of consumer confidence, always an important driver for the economy.

“Consumers seem to be euphoric right now,” Hoyt says. “The fiscal stimulus in the form of tax cuts, as well as the tight job market, mean there are very few negatives when it comes to consumer fundamentals. The fact that consumer confidence is near historic highs makes sense given the current conditions of low unemployment and the gradual increase in wages – even though wage growth is still not high.”

There’s no doubt that consumer confidence is rising in response to a happier jobs picture, one that should only brighten in the months ahead. Moody’s expects unemployment to drop to 3.4 percent by the end of 2019, down from the 3.7 percent recorded at the end of 2018. (Moody’s Analytics first declared that the economy had reached the state of what is often called “full employment” with its 4.1 percent showing in 2017).

“The fundamentals of the labor market look good, at least into the mid-year of 2019 and probably longer,” Hoyt says. “The nation is adding jobs faster than the growth in the wage-earning generation, so we expect a further tightening of the labor market in 2019.”

And it seems that healthy job growth is finally affecting wages. Average hourly earnings are expected to grow by 3.2 percent in 2019, up from the 2.8 percent of 2018 and the 2.6 percent of 2017, according to Moody’s.

“The recent rise in wages is very good for the economy,” says John Manzella, a consultant on economics and global business, Buffalo, N.Y. “The more disposable money consumers have, the more they spend, and consumer spending represents 70 percent of the nation’s economy.”

Hoyt says the increase in take home pay seems to be a more important consideration for people than any negative economic news.

“Consumers do not seem to be worried about the effects of a possible trade war, or gridlock in Washington, or the rise in gasoline prices that has taken place over the past year,” he says.

Yet another powerful driver of business and consumer sentiment, the housing market, should deliver good news in 2019. Moody’s believes housing starts will rise by 19.4 percent in 2019, a substantial increase over the 7 percent expected to be clocked when 2018 are finally tallied. Median home prices should rise by 2.7 percent, slower than the 4.8 percent of 2018.

The challenge for home builders is finding enough workers.

“Residential construction as a whole remains bedeviled by a shortage of capacity,” Koropeckyj says. “The unemployment rate for experienced construction workers is at a record low of less than 5 percent, suggesting that construction labor for the U.S. as a whole is critically short.” Shortages in workers with certain skills, such as electricians and steel-erection specialists, are particularly acute.

Indeed, the labor shortage contributed to a leveling out of construction starts for new and existing home sales and multifamily housing, through the first half of 2018.

“The construction industry has been operating at full capacity and is still struggling to reduce its backlog of projects,” Koropeckyj says. The coming 12 months should experience a rebound as new multifamily building ebbs, releasing workers for the less labor-intensive single-family category.

A healthy retailing sector is an important factor in a growing economy, and here again the outlook is good.

“The coming 12 months should be a good year for retailers,” Hoyt says. Core retail sales are expected to grow 4.7 percent in 2019, a bit slower than the 5 percent growth expected when 2018 numbers are finally tallied, but better than the 4.1 percent increase clocked in 2017. (Core retail sales exclude the volatile auto and gasoline segments.)

Troubles, as always, loom on the horizon. The major near-term concern for businesses is the rise of protectionist trade policies.

“The growing uncertainty caused by the trade war is throwing a monkey wrench into a finely tuned system and creating volatility,” Manzella says. A common cost-cutting measure – sourcing products from countries not subject to import tariffs – is no panacea, he warns.

“Unless such companies can buy in large quantities, they often find that price points are higher,” says Manzella. “As a result, they end up raising their prices to unfavorable levels.”

An equally troubling issue is the effect tariffs have on business confidence, says Manzella. “When companies are faced with an uncertain future they typically hold onto their cash, invest less and spend less, and that puts downward pressure on economic growth.”

“Escalating trade tensions between the U.S. and China could dampen investment more than expected,” she says. “Company profits may be squeezed by the higher costs of imports. Not only could affected companies be hurt more than expected, but an erosion in business confidence due to heightened uncertainty would weigh on spending decisions.”

A related issue involves Chinese tariffs placed on U.S. imports, boosting costs to Chinese consumers and industries, according to Manzella.

“For retailers, tariffs are the monkey wrench that everyone is trying to figure out how to deal with,” says Bob Phibbs, a retail consultant based in Coxsackie, N.Y. “They will affect margins and ultimately consumers will pay for them.”

Here are some other potential problems peeking over the horizon, for businesses of all stripes:

“The labor shortage and skills deficit are major issues for businesses,” says Manzella. “If you can’t find the employees you need, you can’t grow your business. And if you have to go where the skills are, that might mean moving overseas.”

Palisin concurs. “In our survey, about 70 percent of manufacturers plan to increase employment next year, but over 90 percent have had difficulty hiring enough skilled trades. They are especially concerned about what’s called ‘the silver tsunami,’ in which Baby Boomers are leaving the workforce, taking their skills and knowledge with them. At the same time not as many young people are going into skilled trades.”

In response to the talent shortage, manufacturers are increasing work hours for their current employees, introducing more automation, and running apprenticeship training programs to build workforce pipelines within their companies.

“All this will help, but it won’t solve the problem,” Palisin says. “That’s why many companies are being proactive in promoting manufacturing careers in their local school districts.”

It’s the negative result of low unemployment: Higher labor costs. “With the economy chugging along as it is and unemployment lower, employers may need to raise wages to attract enough people,” says Hoyt. That can crimp profits.

Higher costs of money pose a challenge for everyone, especially if the Federal Reserve raises rate too quickly. “Rising interest rates may not cause much impact in the short term,” says Palisin. “But later in 2019, the higher cost of money may start to constrict the availability of capital.”

“On the cost side, health care is still a concern,” says Palisin. “Some 70 percent of our members report an increase in medical costs over the past year. Again, there is a lot of unpredict- ability in that sector. Will the Affordable Care Act continue?

Be replaced? And will that result in higher costs? Employers don’t know where all this is going.”

If the U.K. fails to land a favorable deal with the European Union, an unmoderated departure can cause problems to the world economy. “We expect a Brexit deal to be reached at the last minute,” Hoyt says. “If it is not, it would be a negative for the global economy and U.S. consumers as supply chains and movement of workers would be disrupted.”

To look a bit further down the track, there are signs that the fast-moving economic carriage may be nearing the top of the roller coaster.

“We prefer not to forecast recessions, because they are often caused by shocks that cannot be predicted,” Koropeckyj says. “However, our forecast for 2020 includes a set of conditions that are consistent with a recession. While we do not expect the textbook definition – two quarters of GDP decline – to occur, real GDP growth is expected to slow to a crawl.”

Other relevant predictions include a too-rapid increase in unemployment, the cessation of job growth, flat industrial production, and a deceleration of personal income growth.

For businesses of all stripes, the prudent course seems to involve capitalizing on the current good times while setting up Plan B for the inevitable correction.

“Businesses are optimistic about 2019, but we are all aware that recessions are cyclical,” says Manzella. “And there is no doubt that the next recession is on its way. The only question is when.” 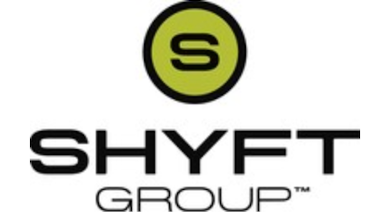 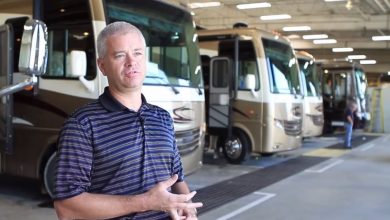 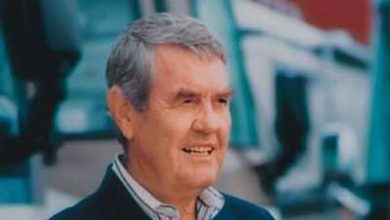