Businesses are preparing for a more challenging operating environment in 2023. After two years of frenetic commercial activity fueled by a post-pandemic recovery, strengthening headwinds will tap the brakes on a robust economy. Among the culprits: rising inflation, higher interest rates, a softening housing market, continuing supply chain disruptions, declining capital investments, and escalating costs for wages and energy.

The loss of some helpful economic initiatives is only adding to the downward pressure.

“Government stimulus packages, ultra-low interest rates, and strong money supply creation had been helping to compel business activity until mid-2022,” says Anirban Basu, chairman and CEO of Sage Policy Group. “All those fundamentals have been inverted.”

The deceleration in retail operations is echoed in the larger economy.

“We expect real gross domestic product (GDP) to increase by 0.7% in 2023,” says Bernard Yaros Jr., assistant director and economist at Moody’s Analytics. “The projection for 2022 is 1.7%. Both figures represent much slower activity than the 5.9% increase of 2021.”

(GDP, the total of the nation’s goods and services, is the most commonly accepted measure of economic growth. “Real” GDP adjusts for inflation.)

Reports from the field reflect early glimmers of a less robust business environment.

“In the first half of 2022, many of our members were still experiencing high demand,” says Tom Palisin, executive director of The Manufacturers’ Association, a York, Pennsylvania-based regional organization with more than 390 member companies. “But as the year progressed there was a significant slowdown caused by the labor shortage, inflationary issues and global events.”

With its diverse membership in food processing, defense, fabrication, and machinery building, Palisin’s association is something of a proxy for all American industry. The good news is that a strong employment environment at the association’s members – as well as at companies elsewhere in the nation – is helping alleviate the negative impact of the economy’s headwinds. Moody’s Analytics expects a continuation of that favorable condition, forecasting an unemployment rate of 4.1% by the end of 2023. That’s not much higher than the 3.7% rate of late 2022. (Many economists peg an unemployment rate of between 3.5% and 4.5% as the “sweet spot” that balances the risks of wage escalation and economic recession.).

On the downside, low unemployment usually increases business costs by forcing employers to boost wages to attract scarce workers. Today is no exception.

“Our organization surveys members annually on their baseline entry level hourly wage figure,” Palisin says. “Increases typically run around 2.5% to 3%, but the figure was 8% in 2022.”

While Moody’s Analytics forecasts a continuation of labor cost increases, they should moderate to 3.5% in 2023, down from their current 5%. Even so, those increases are expected to affect business profitability.

The tight labor market hits business profitability not only in the form of higher wages, but also in a scarcity of the very workers needed to produce goods and services.

“Employers will be very focused on labor availability in 2023 as baby boomers continue to retire and the supply of immigrant labor has yet to fully recover from severe pandemic-related disruptions,” Yaros  says. “Despite a slowing economy, layoffs are low, indicating that businesses are holding onto labor in a reaction to the hiring difficulties they encountered during the pandemic.”

When will workforce availability increase? Not anytime soon, say observers.

“The labor market’s going to be tight for years to come,” says Bill Conerly, principal of his own consulting firm in Lake Oswego, Oregon. “The decade from 2020 to 2030 is expected to have the lowest growth of working age population since the Civil War. One reason is the retirement of the baby boomers; another is the low rate of immigration over the last few years.”

Palisin agrees that a labor shortage is going to be a long-term condition, and says his members are making moves to lessen the effect.

“Employers are trying to be creative in the way they keep and retain workers, not only by offering higher salary rates but also by extending benefits and encouraging work flexibility,” Palisin says. “They are also investing more in automation for labor-intensive tasks.”

If high employment levels can stress the bottom lines of many employers, they can also fill workers’ pockets with spendable cash. And flush consumers can help drive a robust retail sector – an important slice of the economic pie.

“Wage rates, as measured by the Employment Cost Index (ECI), remain very high by the standards of the last couple of decades,” says Scott Hoyt, senior director of consumer economics for Moody’s Analytics.

Even so, activity is decelerating at the nation’s stores.

The projected growth is well below the sector’s historic 4.3% average as well as the 8.3% increase expected when 2022 numbers are finally tallied. The recent trend is well below 2021 when a 17.5% increase was fueled by a consumer shift away from services and toward goods.

A slowing economy is contributing to retail’s deceleration, as is a penchant for post-pandemic consumers to shell out less cash on merchandise and more on services such as hotels, travel and restaurants. Any softening of inflation from recent highs should also depress results, since retail activity is measured in nominal terms.

Higher wages and scarce workers are not the only forces depressing business profits. Another major factor is a rise in interest rates – the Fed’s favorite tool for figh1ting inflation.

“The purpose of increasing interest rates is to drive down demand,” Palisin says. “So, our members are expecting to see a decrease in new orders that will impact the overall economy. Too, many of our companies have lines of credit that rely on floating interest rates. Rising rates will take a hit to the bottom line as companies decide whether to utilize those lines to support their cash flow and investments.”

Adding further downward pressure are disruptions in the delivery of goods that continue to plague companies large and small.

“Supply chain problems have improved over the past year, but there hasn’t been the significant resolution we had hoped for,” Palisin says. “Random shortages in materials and deliveries are still plaguing our members, and that’s leading to backlogging of orders –companies just can’t get the materials or parts.”

The Russia-Ukraine war has worsened the situation, Palisin says.

“The war has created an energy crunch and a disruption in raw materials from that region that have trickled through the economy to exacerbate the supply chain issues,” he says.

Companies are responding by moving to reduce their reliance on China, he adds.

Housing, a key driver of the economy, also entered a period of correction.

“The underlying dynamics of the housing market are changing as lower affordability spurred by higher prices and mortgage rates is starting to significantly weigh on demand,” Yaros said.

Limited affordability is discouraging consumers from signing on the bottom line. Median prices for existing single-family homes are expected to increase 11.5% whendf 2022 figures are finally tallied. That comes off a strong 18% increase in 2021. Any relief will only come in 2023, when prices should decline by 2.6%. While affordability has sunk to its lowest level since late 2007, the 30-year fixed mortgage rate is within striking distance of its highest level in over a decade, leading to a decline in purchase applications.

Tight housing supply is only adding to upward pricing pressure. The inventory of for-sale homes remains historically low, and new ones will be scarce on the ground.

There’s only so much the industry can do to bolster housing supply — one big reason being the above-mentioned labor shortage.

“The unemployment rate for experienced construction workers is about as low as it’s ever been,” Yaros says. “Capacity limits have delayed housing completions and contributed to a record number of housing units in the pipeline.”

One bright spot in the housing picture: Mortgage credit quality has never been better.

“The percent of loans delinquent and in foreclosure is at a record low,” says Yaros. “This goes to the stellar underwriting standards since the financial crisis, and borrowers’ credit scores are much higher.”

While lending standards for mortgage loans are now tightening, the credit spigot is unlikely to seize up as it did during the financial crisis of 2008.

Given the above concerns, it’s little wonder corporate confidence is taking a hit. As the calendar turns to a new year, companies are responding to soaring interest rates and inflation by scaling back the capital investments that help fuel the economy.

“Up until the second half of 2022, most companies were taking advantage of low rates to plan ahead for equipment purchases and expansion opportunities,” Palisi says. “Now, though, many are taking second looks at anything planned for 2023.”

Businesses are also taking steps to increase their liquidity to cushion against tough times.

“We are all going to need to watch our cash flow,” Palisin says. “Most of our members anticipate a slowdown in orders, and as a result they are holding off on some future investments and pulling back in hiring.”

Uncertainty is the name of the game, and that makes planning difficult.

Which side of the coin will show its face in 2023? Economists advise watching a few key indicators.

“In the early part of the year, companies should keep an eye on what is happening with the cost of money,” says Basu of Sage Policy Group. “Inflation is the driver of near-and-medium term economic outlooks.”

A second vital element, he says, is the employment picture.

“Employers should watch for any emerging weakness in the labor market.”

Finally, what about consumers?

“Any softening of spending would point to a looming recession.” 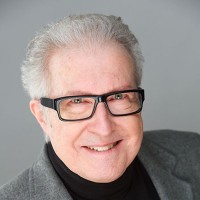