The Handicapped Travel Club has one motto: get out and live (GOAL).

“Don’t sit in your home and not have the fun you could have when you go and travel,” says Barbara Gratzkr, the group’s public relations committee chair. “It makes you feel better about yourself and gives you something to look forward to.”

Founded in 1973 in Arcata, California, the Handicapped Travel Club (HTC) has spent nearly 50 years advocating for more accessibility during travel for those who are disabled and wheelchair-bound, particularly in RVs and campgrounds. The organization’s original founders – five disabled couples from California and Texas – met while camping and started the club to share information with other disabled travelers.

“People that would see (the HTC founders) in the campgrounds had no idea that you could make an RV wheelchair-accessible,” Gratzkr says.

Today, the club has members in three U.S. regions – Western, Central and Eastern – and an annual rally that members from all over the country are encouraged to attend. The rallies rotate regions and are five- to six-day events with notable speakers, wheelchair races, karaoke, food and RV open houses, so members can see what accessibility customizations other members have made.

Following the HTC 2022 rally, the organization was added to the RV/MH Hall of Fame in Elkhart, Indiana, where its exhibit features old photos, meeting minutes and memorabilia from the club’s history.

Aside from the community, connections and exchanging of new ideas, HTC rallies also offer members an opportunity to travel to new places.

“When [members] get there, they know that we’ve looked around and found out everything that’s wheelchair accessible around us,” Gratzkr says. “So, we can give them ideas on where they can go to sightsee.

“We bring away such joy from the rallies looking at these people who have overcome so many issues,” she says. “We’ve had members whose wives have had strokes and couldn’t move, and they’ve put a ceiling lift in and put 150,000 miles on their RV taking their wife all over the country.”

Barbara and her husband, Bill, the former president and current regional director of HTC’s Eastern region, have been involved in the club since 2007, after their neighbors told them about an accessible RV they saw while camping. At the time, Barbara was in a wheelchair full-time, following complications from a polio diagnosis prior to the Salk vaccine. The discussion led the Gratzkrs to traveling the country together and camping – something they previously thought was not possible.

“We didn’t know that (experience) existed, and that’s why we’re trying to spread the word to people,” Gratzkr says.

The club advocates for more accessibility in a multitude of ways. Over the years, members have worked with state and national parks to improve accommodations for disabled campers, like wider walking paths and beach mats. This advocacy has included working with the U.S. Access Board to make guidelines for federal and state parks.

The club has also focused on making campsites more accessible, suggesting concrete paths to water, sewer and electric hookups, accessible bathrooms, sites that can accommodate a wheelchair lift and similar adjustments. Many accessibility improvements do not always need to be big, according to the Gratzkrs. In one case, Barbara and Bill were looking at a campsite bathroom to offer feedback: one of the doors on the accessible stalls was backward, making use difficult for a person in a wheelchair.

“(Campgrounds) are always very receptive. They just want to know how and what to do,” Gratzkr says.

“Every time we have a rally in a campground, they contact me afterward and say that they have instituted more and better things to assist disabled people on their campgrounds,” Bill Gratzkr says.

The couple says HTC has been trying to form partnerships with more RV manufacturers. The organization currently has working relationships with Newmar Corp., Winnebago Industries. Braun and H L Enterprise, all of which already make RVs with accessibility options such as lifts and roll-in showers. At the club’s 2022 rally in Elkhart, Indiana, BraunAbility – a maker of wheelchair accessible vans – and H L Enterprise attended and were looking for feedback on their accessible products.

However, Gratzkr says they would love to get to know more manufacturers and contribute to making RVs more widely accessible.

The Gratzkrs are also under the impression that manufacturers are unsure of what accessible RV market currently exists in the United States.

It’s in the Details

Making an RV or motorhome wheelchair-accessible, depending on the user, can include modifications like laying out the coach so the aisle is wide enough for a wheelchair, lowering countertops, creating openings under sinks for wheelchairs to fit under, adding a remote to control the lift and door, or putting buttons and controls lower on the wall. 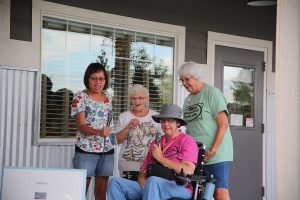 However, accessibility usually centers around the most important components of the RV, such as the toilet, shower and a place to eat.

HTC members can spend between $100,000 and $150,000 customizing their RVs and motorhomes – and there are currently no places in the United States where accessible RVs can be rented. The Gratzkrs say there are a few places in Canada that provide this service, but it hasn’t made its way to the States yet.

Of the organization’s recent accomplishments, one has been getting the club fully integrated onto its website (handicappedtravelclub.com) and connected through social media, where its Facebook group has more than 1,000 members who share travel photos, RV customizations and personal successes with each other.

“In the beginning, there was no internet. Thus, club members traveled to speak to camping groups such as Kampgrounds of America (KOA) and other independent campgrounds to educate on what a campground needed to do in order to attract campers with disabilities, as well as corresponding with the federal park and state park agencies,” the group says. “As the internet and email became more available to people, our Handicapped Travel Club website was created, and many found it useful to get information.”

The HTC encourages people with disabilities and their families to travel, to meet and to share information on making RVs accessible for the disabled.

“People who join our group will find the warmth and understanding of our HTC family, as many have over the years…” the organization says. “We take a lot of pride in our Club.”

As the industry booms following the pandemic, and with more people “full-timing” to avoid high living costs, the Handicapped Travel Club hopes opportunities for disabled travelers will boom as well – allowing those with different abilities to “get out and live.”

Following the group’s addition at the RV/MH Hall of Fame, Gratzkr says the museum is still looking for someone to donate an accessible RV to its exhibit. To find out more or get involved with the Handicapped Travel Club, visit handicappedtravelclub.com or the group’s social media pages. 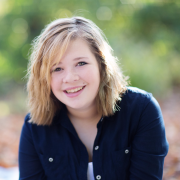 Evi Arthur is a digital editor and freelance writer who lives in Chicago. 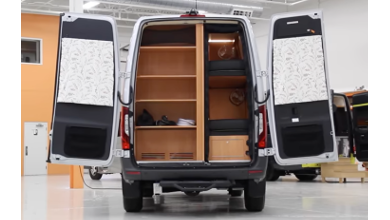