Hosting a major trade show is a feat of coordination and planning in the best of times, but doubly so when implementing extra safety precautions in the face of a global pandemic.

“It’s definitely a different year,” said Bill Rogers, president of NTP-STAG, commenting on the different feel on this year’s Expo, held Jan. 18-19 at the Orlando World Center Marriott. Still, pressing forward with the Expo is “a sign some things are getting back up and moving toward a more predictable time,” he added.

“We had to be absolutely sure the convention center could safely host large groups,” she said. “Then, we asked ourselves: how do we operate within those boundaries, while ensuring people can interact, but minimize risks?”

To ensure industry professionals were comfortable attending a live event of such magnitude, show organizers first surveyed prospective exhibitors and dealers. Rogers said the results were “overwhelmingly positive” and served as a baseline for hosting this year’s Expo, sponsored by Airxcel.

On the show floor, Rogers said the response he received from attending dealers and vendors was overwhelmingly positive.

“You never know if you’re getting filtered feedback, but I did see a lot of smiles behind the masks,” he said.

As in years past, this year’s Expo featured special show pricing on parts and accessories, new product debuts, as well as RV University and PRO business development seminars – albeit with less staff, exhibitors and attendees onsite. One new feature this year: Full electronic ordering.

“Within the first hour, key dealers already stopped by,” said Jack Enfield, sales manager at MORryde. “We spent time showing them new product and marketing materials. The overall feedback was outstanding – to have everyone in one location and receive that kind of input is very, very valuable.”

“Physically coming to the show to see new product and make connections is really important,” he said. Diversification opportunities were top of mind for Kerns this year, including automotive aftermarket parts and accessories, as well as solar power products. “We always do a lot (with) Blue Ox. We sold over 200 SwayPros this past year, but we’re definitely looking to add new lines or expand existing ones,” he said, pointing to Demco, Go Power! and Zamp Solar as three examples.

“The gooseneck ball kit is rated for 35,000 pounds. That’s the heaviest in the industry,” said Gahre Scudder, product manager.

CURT Group displayed a number of new products, including its Assure Brake Controller, which features a 1.5-inch-wide OLED screen that displays trailer brake gain, sensitivity settings, operational statuses and diagnostic alerts. The screen also pivots and folds out, offering a user- friendly view wherever the controller is mounted.

“Before this, the largest was a 25,000-pound capacity,” he said. The base rails can be removed from the truck in pieces, rather than one unit, a feature Robinson said dealers will appreciate.

For Airxcel, the focus was on an expanded presence in dealers’ showrooms “by introducing new products and merchandising that encourage dealers to bring products stocked in the back out front,” said Harold Ogden, director of global marketing.

Doing so means customers come face-to-face with the product, increasing the chance of an impulse purchase, and exposing them to the family of brands, like Coleman-Mach and Suburban, added Ogden.

Lippert revealed its new company branding to dealers, while JR Products and Camp Casual celebrated their first joint trade show since the latter was acquired in late 2020.

A smaller event with fewer people in attendance also presented greater opportunity to connect in a meaningful way, according to Rogers.

“To me, relationships are the foundation of this industry,” said Mike Regan, Crestview RV Center president and general manager. “Our business together and being able to see each other face-to-face makes a world of difference. Being here is just cementing the relationship we (already) have.”

In 2021, NTP-STAG plans to go “full bore” in the marine sector as a full-line distributor serving all the needs of dealers under the NTP-STAG Marine moniker, said Jon White, director of category management at NTP-STAG and presenter at the Expo’s opening breakfast, sponsored by DISH Outdoors.

“We’ve been dabbling in that space for a while,” said Rogers. “Well, it’s time to stop dabbling and jump in. This is a somewhat natural, very adjacent area for us with common suppliers and common product. And it’s a good time to do it because any-thing outdoor rec is doing well.”

NTP-STAG has added 17 new lines with 17,000 new SKUs available – not including towing or crossover products by existing suppliers.

“I always say, ‘We happen to sell auto-motive and RV parts, but our real business is logistics,’” added White. “Essentially, we’re continuously looking at adjacent spaces and new ways to leverage existing infrastructure.”

For example, he noted NTP-STAG’s robust suite of towing products is “continuously expanding.” For the marine market, new SKUs like marine-grade and galvanized applications are being added.

As for the recreational aspect of maritime adventures, White pointed out the need for electronics products like audio, GPS and Fishfinders. as well as watersports products like tow ropes, tubes and skis.

“Being out on the water, people are cranking the tunes and skiing/tubing or trying to hook the big one for their fish stories with friends. We will have the products they need to have fun,” he said.

“Perhaps the biggest difference between RV and marine is the engine,” said White. “In RV, most are towables, so the horsepower comes from the tow vehicle. Whereas in marine, putting the throttle down is one of the most important aspects of being out on the water. Servicing and tuning the engine is critical and we are already expanding our offering into those key engine maintenance categories.”

While servicing a new customer base can be challenging, Rogers said NTP-STAG RV dealers are already capitalizing on the crossover market opportunities.

“We’re working with a lot of those customers to better understand the business – making sure we’re looking at the right categories, bringing on the right lines and doing everything to best service them,” White said.

For Rogers, a rising tide lifts all boats.

“Any time we pick up new volume, such as the case with marine, it helps all of our customers. Once before, maybe we could service a location three days per week, and now that route is five days,” he said.

The goal, added White, “is when customers come in, dealerships have everything they need, and it’s being delivered to them on our company-owned fleet of trucks that are on the road every day – a service few companies offer.” 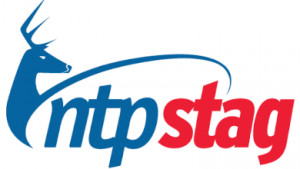 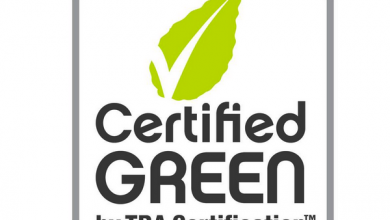 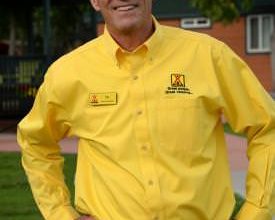