Let’s face it: Camping in an RV isn’t quite like home. However, it gets a little closer all the time.

Consider the kitchen. What might once have been a camp stove and a small gas-absorption refrigerator is today a place with a multi- burner range, oven and microwave.

As for the refrigerator, gas-absorption is still out there, but for some larger rigs, the trend a few years ago was to incorporate residential models powered with 110-volt AC for a true “at-home experience.”

Just as the rest of the RV has continued to evolve, so have refrigerator options. Today, thanks to better power management systems, and solar power to top things off, the hottest refrigerators going may be those running on 12 volts.

While not everyone thinks about 12V when they’re thinking RVs, the reality is it’s a dominant power source in RVs. So, why not a 12V refrigerator?

That’s the question executives at Elkhart, Ind.-based Way began asking themselves back in 2015, according to Chris Greer, the company’s vice president of product development.

“Aside from some of the safety concerns with the gas-absorption refrigerators, we felt there was a great potential to be powered by 12 volts,” says Greer, who notes Way has been selling 12V fridges for almost five years now.

Two companies that know all about gas-absorption refrigerators for RVs are Elkhart-based Dometic and Ann Arbor, Mich.-based Thetford/Norcold. Both have been serving the RV market with refrigeration for years, but they, too, believe the market is changing.

“There’s been a trend toward electrification,” says Dan Smith, Dometic’s senior product manager – Americas. “The trend is toward more dry camping with solar, especially in the Midwest and East Coast. It’s still expensive, but you now see rigs out there that have more than 100 watts of solar power.”

In the last few years, solar has gone from offering trickle power to where it’s not uncommon to see people putting enough solar on their units to run every device in them, Smith adds. A gas-absorption refrigerator mainly makes sense if RVers are dry camping and don’t have solar.

Even then, it isn’t necessarily always the only answer. Eric Klein, a Thetford/Norcold product manager, says that while many RV owners have an inverter and generator, or use shore power, his company also recognizes more people are dry camping and has responded accordingly, designing units with low-amp draws.

“We’ve worked with the power management system so that we have a long battery life,” Klein says. “We’ve taken in the power draw and ensure that our refrigerators will run at least 40 hours on a single charge of a battery. If they’re out where there’s no power, they don’t necessarily want the generator running.”

That trend away from gas-absorption has also produced a big advantage for the 12V units: More storage in the same amount of space. “What you don’t have is an absorption cooling unit that takes up so much room on the backside,” says Smith. “Your refrigerator may be the same width and height, but it’s deeper, so you can fit more contents on your shelves.”

Built for Over the Road

That means even a modest-sized refrigerator can store more food for a trip, but these companies aren’t necessarily settling for units appreciably smaller than the normal residential fridge. New models are coming out for both the more average-size RV space and the luxury sizes.

At Dometic, the emphasis has been getting more storage space in the same cubic footage. Last May, the company launched its DMC 4101, and will follow it up this spring with the DMC 4081.

He adds that one of the advantages Dometic has is its history of producing smaller AC/DC units with compressors.

“We know our compressor technology works,” Smith says. “The compressor we’re using and the controls that we’re using are built for ruggedness. We know they’re build for over-the-road.”

Norcold, too, is sticking with more modest sizes in the 12V market – for now.

“The maximum size we have in DC compressors is a 10-cubic-foot that fits a traditional enclosure size for an RV,” says Klein. “However, we’re currently developing some new technology that in the future will allow Norcold to have the largest DC refrigerator out there.”

Way has opted to go both smaller and larger. Greer says the company’s first 12V refrigerator, which debuted in 2017, is its 11-cubic-foot-model, offering more space than competitive models. However, it also offers 4.5-, 7.7- and 12-cubic-foot refrigerators, and “we’re always looking at other sizes for special applications.”

The pride of the company’s 12V lineup, though, is its new 17-cubic-foot model.

“That’s the newest model we’ve brought out – and we’re really proud of it because it has French doors that look really residential,” Greer says. “Anybody who sees it assumes it was built for home use and it’s a 110V AC model, but it’s not.”

The exterior of the refrigerator isn’t the only component taking on more residential looks. The days of wire racks, cheap plastic vegetable bins and a small freezer space for making ice cubes are a thing of the past.

Klein says most of Norcold’s units have freezers, with the DC models having top-mounted ones.

“The typical shelving is what you would see in your home appliance,” he says. “Ours have the typical controls because we’re one of the few that actually has digital controls that give independent control over the freezer and fresh fruit compartments. And some of our future products will come with a bottom-door freezer.”

Obviously, weight is always a consideration in any RV, and these units are advantageous because the technology for gas-absorption not only takes up more room than a compressor, but it’s also heavier.

“We save a lot of weight compared to the gas-absorption models just because we don’t have all the extra gas components and the extra cooling fins,” says Greer. “We’re considerably less weighty than the old traditional-style refrigerators.”

Klein says differences in construction between RV and home appliances also account for some of the lighter weight.

The Need for Education

While both Dometic and Norcold are certainly looking at building larger DC units for the RV market in the future, Dometic’s Smith says it isn’t simply a matter of saying that bigger is better. In fact, it may not be. He stresses consumers need to be educated about what they’re getting.

“They (RVers) need to consider what it really takes in solar to run a 12V fridge,” Smith says. “I think there’s some literature there that provides a rough idea, but maybe that solar will only run a refrigerator if you’re in the Northeast, or only in the summertime. But, if you’re a snowbird, during the winter you’re only going to get 50 percent of the solar power you’re going to get in the summer.”

Whether it’s the dealer or the RV buyer, someone is going to have to dig into the details of battery technology and amp hours and the amount of sunlight available.

Or, as Smith puts it, “We don’t want to come into the marketplace and sell a 20-cubic-foot refrigerator operating on 12V for the buyers to find out they need 5,000 watts of solar power on the roof.”

Because these are appliances, the suppliers end up working with both the OEMs and the dealers. All three companies are experienced in providing 12V refrigerators to the industry, and especially with new unit designs, their involvement with the OEMs starts early in the process.

“If they’re starting from scratch, the entire kitchen package always seems to be a big focal point,” says Way’s Greer. “They’re concerned about appearance and coordination and we’re able to put together a nice package for customers where they can have a one-stop shopping experience.”

Norcold’s Klein agrees that starting early with an OEM is important, particularly because of the power management aspects of the appliance. However, Kristen Phipps, the company’s director of aftermarket channel, says it goes beyond that.

“We work cooperatively to develop things with the OEMs,” she says. “We knew years ahead that power management and aesthetics, and even independent controls, were rising concerns among consumers. They weren’t content to just take whatever fridge came with their units.”

Installation on these refrigerators is remarkably simple and requires little training at the OE level.

“It’s mostly about mounting and making sure they have the correct enclosure size, and the right wire diameter for the DC power in the necessary circuit,” says Klein. “You just need to get that power to the unit.”

These suppliers also are interested in helping the OEMs craft their sales message because, as Phipps points out, just like buying a home “the kitchen sells the unit.”

“We’ve generally collaboratively designed the product specs, so when it comes time to show the dealers these things, we’re quick to say, ‘These are the features that are integrated in this, and here’s why this is better,’” she says.

Greer says how Way handles that varies by OEM, but the company certainly offers point-of-purchase material for all its refrigerators and kitchen packages.

“Many times, they’ll ask for different marketing pieces,” he says. “We’re always willing to have our marketing group work with our OEMs and also with the dealerships on things that make sense for them to deal with, especially if they’re selling to the aftermarket or upgrades.”

As for service after the sale, it’s generally a collaborative effort. Or, as Dometic’s Smith puts it, “We sometimes think of customer service as being for the aftermarket only, but it’s for the OEM, as well. And, just to know that your end users will also have support later is a key differentiator for OEs.”

The reality is that it’s often Russian roulette for RV owners when they have problems with their appliances. And, if they can’t get in touch with the manufacturer of the appliance, or that company isn’t supportive, they’re as likely to call the OEM as they are to go back to the dealership.

While Dometic has what Smith calls “a very robust call center,” he says it’s also important that the appliance manufacturer has audited the OEM’s installations to make sure that things are installed properly.

Greer observes that there are some OEMs who prefer to talk with the unit’s owner first, but Way is happy to handle issues in whatever way the consumer and the OEM would like. At least with that company’s units, they’re also easily serviceable and it holds regular training sessions with dealerships and even individuals on how to maintain and repair them.

Norcold prefers the dealership approach to service, says Klein, although general cleaning and servicing can often be done by the refrigerator’s owner.

“The dealership is where we’re going to have our end-users go,” says Klein. “They’re going to have the most knowledge and they’re close, reliable people that you know. We view them as a one-stop shop, although if it’s necessary we can get our engineering group involved.” 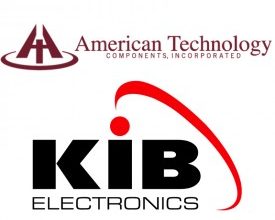 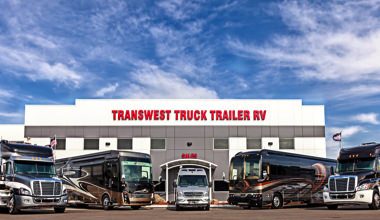