There’s been some notable developments in the Class B chassis market lately that could potentially shake up the established order of things.

Mercedes-Benz recently announced plans for a $500 million factory in Charleston, S.C., to build the next-gen of Sprinter chassis for the North American market. This new, domestically produced vehicle should result in a more price-competitive model and quicker deliveries to suppliers like Airstream, Roadtrek and Winnebago. Construction on the facility is expected to begin in 2016; Mercedes has not yet indicated when it will start making the new Sprinter chassis in the United States.

Meanwhile, Ford’s offering in the chassis market is undergoing a change now that the company is promoting its Transit as a potential substitute for its longtime E-Series vans. The Transit has been available in Europe for years, but is now being built at the company’s Kansas City assembly plant for the North American market. Ford believes the fact that the Transit is available in multiple configurations – including variable heights, wheelbases and engines (gas or diesel) – will help it make additional inroads in many market segments, presumably including RV. Still, some Class B market watchers were less-than-thrilled with Ford’s decision to essentially replace the venerable E-Series, especially given that the Transit is a rear-wheel drive vehicle.

And now there are still unconfirmed reports that Hyundai is preparing to enter the van market in the U.S., possibly offering RV manufacturers yet another chassis platform on which to build Class B’s.

For its part, FCA (Chrysler) is finding acceptance in the RV market for its Ram ProMaster van and chassis, which it started building in Mexico in 2013 to serve the U.S. market. Winnebago builds its 20-foot Travato on the chassis and is finding that the product is striking a chord with customers for its many amenities while still coming in at a lower price point than many comparable Class B’s.

Of course, commercial vans – rather than RVs – remain the main driver for the Class B chassis market, but I have to believe that the motorhome side of the business also will be a notable beneficiary of the investments and changes companies are making (while likely continuing to be a niche product).

So, which chassis maker is likely to come out on top in the Class B market? It’s strictly a guess on my part, but I would give the advantage to Sprinter based upon the company’s engineering prowess and its reputation for quality with dealers and end consumers. Admittedly, the Sprinter is always going to be more expensive product than its rivals, but with Mercedes set to make the product in the U.S. the cost differential should shrink a bit.

I’d love to hear what you think: Who has the advantage in the Class B chassis market currently? And do you think any of these recent announcements by Ford and Mercedes (or Hyundai’s possible entry into the U.S. van market) are likely to shake up the B chassis market at all?

And one final thought: For 2015, RVIA is forecasting shipments of Class B models will reach 3,100 units, which is up about 50 percent from 2011. I’d love to get the take from our readers: With some of the developments the chassis makers are implementing, how high can the market for Class B’s reasonably go moving forward? 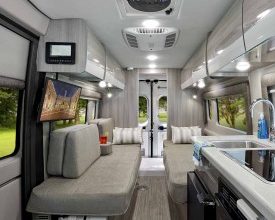 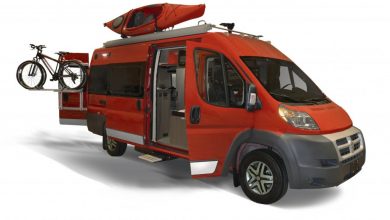 Episode 8 of In Tow with RV PRO Out Tuesday 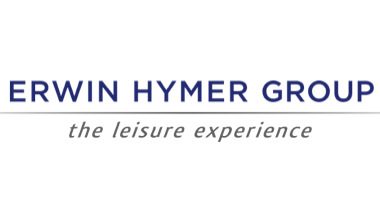