There’s always something about that first “oh-oh” – whether it’s a spill on a new shirt, a spot on that just-installed carpet, or a ding in the paint of a recently purchased RV.

The latter is especially upsetting because while shirts come and go, and so does the carpet steamer, that paint ding didn’t need to happen in the first place.

The idea of paint protection, for the front of an RV and beyond, is an option that’s finding more favor in the industry. Whether it’s using a vinyl film or a spray-on coating, installed by the OEM or as part of an aftermarket package, buyers are embracing the idea of keeping their RVs looking better longer.

For vinyl films, at least, paint protection is just one step in the evolution of a product that began decades ago as pinstriping and decals for cars and trucks, and later expanded into printed images as graphic wraps for semi-tractors, buses and smaller vehicles.

Katie Johnson, global marketing manager for the 3M Automotive and Aerospace Solutions Division in St. Paul, Minn., says her company is seeing more interest across the board in paint protection film products.

“It’s aligned with customer needs and helped the market grow,” she says. “There’s much more awareness at the consumer level, probably because the value of the investment has become so much more important. People like to be able to buy a vehicle and then get something done to it, whether it’s an RV, a pickup or a motorcycle.”

Beau Gringer, president of Rochester, N.Y.-based Diamond Shield, agrees that the market has changed a great deal. Diamond Shield began selling paint protection films 20 years ago, and the word he uses is “overhauled” in describing what’s happened to his company’s market in recent years.

“For one thing, the OEMs are installing paint jobs that are a lot more intricate and more expensive,” Gringer says. “But, it isn’t just the front end. People are looking at additional coverage for areas like compartment doors, or if the customer has a dog that jumps at the entry door. We’re also seeing a big opportunity with tow vehicles. It does a great job of preventing stone chips on the tow vehicle, and you don’t need a plexiglass shield in the back.”

However, vinyl films aren’t the only paint protection answer. Missoula, Mont.- based ArmorCoat USA offers a spray-on version paint protection product that company President John Ryan says was developed less than a decade ago in response to complaints about paint protection films.

“We heard complaints about the installation of the film and the difficulty of trying to get it to wrap around corners,” he says. “The other reason we developed this is because the film has never been widely accepted in body shops.”

While ArmorCoat may take a different approach to paint protection, Ryan agrees that the demand for paint protection is growing. He says a lot of his company’s growth is coming from towables, both travel trailers and towed vehicles.

Even though they all share one common goal in protecting the paint on RVs, each of these companies is coming from a slightly different place in the market and views the aftermarket in a somewhat different way.

As Ryan says, his product is one that fits in well with body shops. While the company does have one OEM client using ArmorCoat on its high-end units, for him the aftermarket is particularly strong, “especially in the refurbishing of older coaches,” he says.

Naturally, a body shop is where many people go to have their paint jobs repaired and refreshed, and he says it’s a rare body shop that’s going to have the time, personnel and clean area outside the paint booth to be able to put a film on.

“If a car comes in or an RV has damage, the clear film is almost always outsourced,” Ryan says. “The body shop doing the repair is never able to recoup any money because the job is out-sourced to a third party.”

His other complaint: It’s still a vinyl film.

“The film manufacturers have made quite a bit of effort to make their films last longer, but our coating is more akin to an automotive paint,” he says. “It’s polyurethane with UV-A and UV-B stabilizers. It’s been tested to last more than 10 years.”

Both 3M’s Johnson and Diamond Shield’s Gringer agree that films are better than they were even a few years ago. Gringer notes that his company’s Nano Fusion Paint Protection Film has come with a lifetime warranty since 2011, and he says it’s been a real game-changer.

“The warranty isn’t meant to transfer to a second owner, but a lot of dealers find added-value in that lifetime warranty,” he says. “The film really is meant to last a lifetime. In the past, a lot of dealers would second-guess the films; they’d come in looking dinged up and grungy and they’d have to be taken off before resale. Now, they don’t.”

3M isn’t willing to go quite that far, according to Johnson. However, the company’s recently released 3M Scotchgard Paint Protection Film Pro Series does offer a 10-year warranty and several distinct improvements, including more UV inhibitors, and a self-healing feature that, while not new, is little known and allows the film to close small scratches and gashes with heat.

“We know most people are keeping their vehicles six or seven years,” Johnson says. “At that time, they probably want to change out the paint protection film if they’re trading out.”

Gringer says Diamond Shield is seeing a lot of its growth at the OEM level, where its film is going on everything from Class A and Class C motorhomes all the way to fifth wheels.

“You don’t see many fifth wheel OEMs going with it, but the high-end ones do,” he says. “The OEMs realize the value that paint protection film offers during transportation, as well as the value to the retail user.”

By comparison, 3M sees paint protection as an opportunity for dealerships and other small business owners.

“The OEMs are part of our overall market strategy, but our big focus is the dealerships, the aftermarket accessories shops, even jobbers,” Johnson says. “They may be doing paint protection film, but they might also be doing window film or something else inside the accessories space. This is just another great product line for them to add.”

In Shop, or Not

With such different perspectives, it’s not surprising these manufacturers have different models for working with the RV industry.

For Diamond Shield, the emphasis is on the OEMs, says Gringer, although with the company’s cut-to-fit film kits, “Diamond Shield can install a custom-fitting kit at the dealer or at the customer’s location.”

He adds that while most dealerships are certainly capable of installing small pieces of the company’s film on flat surfaces, because of changes and updates to many RV models, they really require expert installation.

“They can call our phone number and ask who we have in their area,” Gringer says. “We’d send somebody over to use the pre-cut kit. Of course, we provide full warranty protection, and if there’s a problem with the installation, the customer doesn’t have to take it back to the dealer.”

He adds that while the company has tried dealer programs in the past, installation of Diamond Shield works best when it’s handled by someone who does the work every day. And, Gringer says that many dealerships are familiar with his products because they’re arriving already protected from the OEMs.

“We can still set them up with banners, posters and brochures,” he says. “We also have a dealer referral service, so if someone has damage to their coach, we can suggest they go to a dealership we work with.”

ArmorCoat’s Ryan says there are certainly some dealerships that use third-party providers to have units paint-protected with his product. However, he says it’s an ideal fit for the dealership that has a good, qualified painter on staff.

“The material is designed to be sprayed on with conventional paint equipment that dealers have,” Ryan says. “It sprays on from a regular paint gun. If there are questions, we can talk a technician through the process in about 10 minutes.”

For about two hours of work and about $450 in materials (the product is carried nationally by Sherwin-Williams Commercial Paint Stores), dealers can charge in the $1,200 to $1,400 range. ArmorCoat also offers countertop sales displays as well as online custom marketing assistance.

“If someone backs into a unit, the ArmorCoat doesn’t have to be stripped and reapplied,” Ryan says. “The body shop can fill and paint the damage and reapply the ArmorCoat over that area.”

At 3M, Johnson says that company realizes some dealerships may choose to develop a third-party relationship with someone in their market, but they shouldn’t be afraid to bring the work in-house, especially given that the company is willing to train installers and has patterns available so the technicians doing the work aren’t bulk-cutting film.

“If they can hire and manage the process in-house, there’s the opportunity to make the most gross profit,” she says. “One problem is hiring the right person, because trained installers have a lot of opportunities to make more money somewhere else.”

For dealerships, Johnson says paint protection is often a good fit if the operation is selling other accessories. 3M helps them develop marketing packages and sales tools, and offers such items as sample cards and brochures, as well as demo units showing the self-healing properties of the film.

“There’s a real ‘wow factor’ with that,” Johnson says. “But, if they want to put menu options together and sell different packages, we help them design sales tools to apply when they talk to customers.”

Regardless of what product their company offers, and which direction it’s taking in the market, all three companies agree on one thing: The sky’s the limit when it comes to the future of paint protection.

“As people realize how much paint protection helps the vehicle and keeping their investment longer, it’s only going to continue to grow in the consumer’s mind,” Johnson says. “They’ll be asking for it and wanting to be a part of it.” 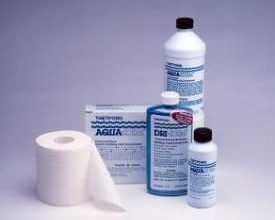