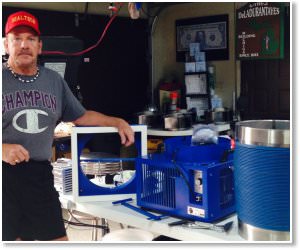 After years of working as a carpenter and home remodeler, Scott DeLadurantaye, ponied up and bought a motorhome.

Sealtech Owner Scott DeLadurantaye bought the Sealtech brand years after seeing it in action on his own motorhome. Photos courtesy Sealtech.

Shortly after  motorhome was delivered, DeLadurantaye noticed a leak over the passenger seat. He searched for the source of the leak, leveraging his career as a carpenter, but he couldn’t find it.

“It just drove me crazy,” DeLadurantaye said. “I’m a pretty smart guy, and I couldn’t find the leak.”

When he took it to the dealership, what he saw surprised him.

The Sealtech 430-R, pictured, pressurizes the inside of an RV to ease in locating the source of leaks. Click image to enlarge.

The technicians hooked his motorhome up to a machine called the Sealtech, which pressurized the cabin, allowing a single tech to climb on the roof and spray soapy water to find the source of the leak.

“Lo and behold, they did the tests, hooked it up and about 10 to 15 minutes later, they found the leak,” he said. “I just felt so strongly about that machine at the time.”

The experience inspired DeLadurantaye to start a travelling RV leak-repair service, but he continued to follow Sealtech.

Like many in the RV industry, Sealtech was hit hard by the Great Recession, but despite the blow to the business, DeLadurantaye never stopped believing in the novel leak-finding technology, and in 2013 – about eight years after he first saw it in action – he bought the Canadian company.

Since then, DeLadurantaye has dedicated his time and energy to mending the company. He put a lot of energy into repairing strained business relationships from the previous ownership group. He moved its headquarters from British Columbia, Canada, to Macomb, Mich., and sought out the most reliable suppliers he could find.

“Since 2013 it’s been a learning process for me – getting parts … and getting everything assembled and manufactured,” he said.

Relying on word-of-mouth marketing, DeLadurantaye focused on and quality control.

“It started picking up because a lot of techs work at a place that have the machine,” he said. “And then they move to another location that doesn’t have the machine and they’ll say, ‘Hey, when I was at Camping World we had this Sealtech machine.’ ”

Sealtech sells two units, the 430-R and the 680-M. The 430-R is carried inside the RV, hooked up to the outside vent, pulling air inside until the interior of the RV is pressurized to a preset PSI. The tech can then spray the RV down with soapy water to easily locate the exterior source of leaks.

The 680-M operates outside the RV, and is designed for more industrial applications, such as manufacturers who wish to test every RV rolling off an assembly line.

Since the product is marketed to dealers, technicians and manufacturers, DeLadurantaye said the company has debuted a site to help consumers find dealers and repair shops that utilize the machine, which can be found here.

For more information about Sealtech, visit the company’s website www.sealtechusa.com. 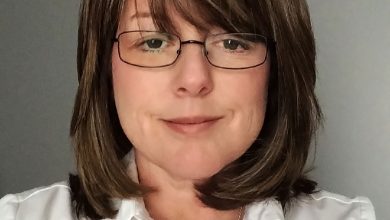