While the supplier is best known for its popular line of tow bars, it continues to roll out innovative products as it approaches its 50th anniversary this year. R&D and exhaustive product testing command Roadmaster’s manufacturing processes, and spark expansion into new markets of opportunity, according to David Robinson, the company’s longtime vice president.

“We’ve evolved into an ‘all-service’ provider,” he says. “Some companies focus only on brakes and others concentrate on tow bars and brakes, but there’s no one that does everything that Roadmaster does for the towing community.”

The company’s products are designed, engineered and manufactured at its plant in Vancouver, Wash., with core processes done in-house by its 280 employees. There are three facilities that, combined, total 250,000 square feet. And the company is growing – a 100,000-square-foot expansion is on the launch pad to be completed in two years.

“We’re a true U.S. manufacturer, which sets us apart from much of the competition, which source components from overseas and elsewhere, then assemble the products in the States,” Robinson says. “Most people don’t know that. They just assume those products are made entirely in the U.S. Roadmaster prides itself with starting from raw metal all the way through to finished goods.”

“The number of motorhomes on the road is dwarfed by the population of travel trailers and fifth wheels, which is many times larger,” Robinson says, “and everyone represents a potential new customer for us.”

He juxtaposed the automotive market against the RV market and noted that all auto vehicles come off the assembly line with shocks – not so much with RVs, however.

“Almost no fifth wheels or trailers do, so it’s a huge market opportunity for us and we’re excited about its potential,” he says. Weekend RVers and hunters are not in Roadmaster’s wheelhouse of customers, but rather “serious full-time” RVers, such as retirees. “All of those people should have quality suspension systems – and it’s a much bigger category than the motorhome market,” he says.

He explains that Roadmaster’s Comfort Ride shock absorbers have an adjustable mounting bracket that allows the shocks to be mounted vertically, where they have the leverage to limit up-and-down motion on both compression and rebound. They are also angled 15 degrees to the outside to provide sway control. The trailer’s weight stays centered over the tires, which helps control sway by limiting lateral suspension travel and side-to-side rocking.

“RVers basically have a 3.2-magnitude earthquake going on the entire time they’re towing their trailers. When a trailer is brand new, it has soft and pliable roof sealant, but over time they harden and become brittle,” Robinson says. “So, as that ‘earthquake’ is twitching and flexing, those joints as the trailer is going down the road, it’s causing the seam sealant to break, causing water intrusion, resulting in eventual water damage and repair work.”

Roadmaster also is offering slipper leaf spring kits that replace the OEM base springs. Slipper springs are a central hanger that isolates each axle, so the two springs are no longer connected, and the spring ends ride on rollers. Each spring is free to absorb and dissipate energy, in effect creating an independent axle system for improved ride and handling.

“They break the connection between the front and rear axle, so it tows better with a smoother ride within the trailer or fifth wheel. It’s a lot less stress for the driver – for example, they don’t have to remove clothes from the coat rack and take everything off from the walls and counters that would normally rattle off,” Robinson says. “The suspension products aren’t just for comfort and convenience of not having to tear so much down every time the trailer is towed – it’s also for the longevity and health of the trailer.”

As vehicle electronics become increasingly sophisticated and complex, it’s becoming ever more difficult to set cars up for towing in an uncomplicated fashion, according to Robinson.

As a solution, Roadmaster released its Universal Brake Light Switch. The infrared brake switch measures the distance between the floorboard and brake pedal with a cone of light, and when the brake pedal moves, it sends a brake signal to the RV.

“The system isn’t vehicle specific, so it relieves the necessity of having to offer a couple hundred SKUs, which was a pain for us, as well as for our distributors to stock and the customers. It’s now one-size-fits all, regardless of year, make or model,” Robinson says.

Meanwhile, a growing trend in the auto- motive industry is to change the electronics such that you can no longer wire the lighting for dinghy towing.

“Car manufacturers are either adding features for consumers, light-weighting the vehicles, or taking money out of the car, which includes taking a lot of the wire out of the vehicles – it’s heavy and expensive,” Robinson explains.

“The problem arises when a motorhome is connected to the car, because the RV just has 12 volts, so when those volts hit the taillights, it looks like the brake lights are on.”

Roadmaster’s new product, Smart Diode, is “smart” enough to recognize the variable voltage in the towed car and will automatically carry the appropriate voltage to the dinghy’s lights. (The smart diodes are necessary on any new vehicle that uses variable voltage lighting.)

Also of note for all Roadmaster products, Robinson says the company has upgraded its two-year warranty to a limited-lifetime warranty, which was recently introduced, but many customers aren’t yet aware of.

Roadmaster’s engineering department designs every part and tests every product the company makes. That wasn’t the case in the company’s early years, just because the technology wasn’t available.

Robinson says that, beginning nearly 25 years ago, Roadmaster became the first manufacturer in the industry to use a computerized testing system on its products known as “finite elemental analysis” (FEA), which also is used by engineering companies such as NASA and Boeing.

“It’s a way for us to test a product to find its weak spots and make it stronger and lighter,” says Robinson, who adds that Roadmaster also “fatigue” tests its tow bars. “The physical cycle tests are so severe that each time the testing machine compresses a tow bar, you can see the arm bow, and then come back into alignment.”

During the physical tests, a tow bar must experience 150,000 strokes forward, then 150,000 strokes backward, to see if any component part fails – then it’s back to the proverbial re-engineering drawing board, which is conducted in computer software.

“We ‘over-test’ everything to make sure that what we see in FEA computer testing shows up in the real-world testing,” says Robinson, although he is quick to add Roadmaster not only tests for failure, but also tests throughout the manufacturing process.

The braking product department has several test stations along its assembly line, whereas some companies spot-test products only at the end of manufacturing, according to Robinson.

“We actually test as we’re building, so each key component that’s added to our braking system is station-tested, such as an air compressor. ‘Is it pulling too much amperage and is it shutting off at the right pressure?’ for example. At the end of assembly, a final comprehensive test is executed. By doing it that way, it differentiates us from the competition.”

Roadmaster President Jerry Edwards says he has always been a believer in controlling the company’s destiny – and that the only way to do that is to control the process.

“When you’re reliant on other people to provide assemblies, it’s difficult to control the quality, as well as the supply,” he says.

In addition to manufacturing its own products from start to finish in-house, Roadmaster also designs its own packaging, writes its instruction manuals and produces its own marketing. But more than that, it has an in-house tool-and-die division to make its own tooling.

Roadmaster has won multiple “RV Vendor of the Year” awards recognizing the company for its high quality and its customer service. Those awards square with the company’s unwavering focus on the customer, according to Robinson.

“We have a lot of people answering the phones, and when there are issues, we take care of them – we don’t stick our head in the sand,” he says. “We’re also proactive and maintain our stock levels and fill rates without many comebacks, which our distributors really appreciated.

“We’re family-owned, and although we’re big enough to be a real business, we maintain our family culture with a lot of longevity.” (Robinson has been with the company since 1992, and other employees’ tenure dates back to the 1970s).

“We’re solid business partners and just normal, hardworking people,” he says, adding, “and we don’t ask our customers to jump through hoops.”

It all contributes to Roadmaster’s charge and mission, according to Robinson.

“We innovate, we create and bring new ideas and products to the category. We’re not a technology company; we’re a true manufacturing company – but we’re not afraid to use technology in our products and manufacturing.” 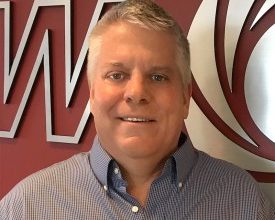 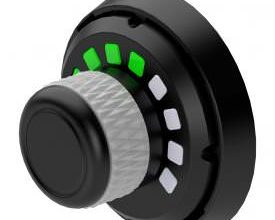 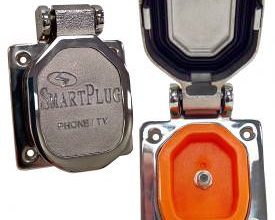 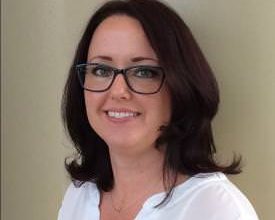