Origen RV, makers of RV SnapPads, have to relish the fact that an annual survey of its customers earlier this year found that more than 90 percent of them say they believe the company’s snap-on rubber jack pads are such a good idea that they should come pre-installed on new RVs.

The company is certainly pleased that the ranks of those customers are swelling: Sales have been doubling each year since the product first was offered in September 2015, according to Wilson, chief marketing officer for the Calgary, Canada-based company that makes SnapPads.

“We are growing very, very rapidly – almost too rapidly,” he says. “We can’t make the pads fast enough.”

The heavy-duty pads are made from recycled tires and are made to snap onto the feet of RV leveling jacks, creating what the company says is the industry’s only permanent jack pad. It’s also a nice alternative to the current method of RV leveling, which typically involves drive-on leveling systems or wooden or plastic blocks placed under the jack feet, Wilson notes.

“My dad was in RVing many years ago when we were kids,” he says. “His partner and he launched a previous leveling product that is still on the market today.”

Years later, his father, Origen RV co-founder and President Gordon Wilson, asked his sons if they wanted to help him come up with a new way to give a leveling jack foot more surface area, stability, and grip.

He and son Devon Wilson, co-founder and now chief operating officer, started thinking of ways to attach a pad to the foot, Kent Wilson says. They considered adhesives, magnets, and other possibilities before settling on the idea of just using the pressure of the lowering jack foot to snap the pad in place.

They worked with a rubber manufacturer in Mishawaka, Ind., to create prototypes, and that company still is making the pads for Origen.

Kent Wilson says he was working in digital marketing at the time, so he created a quick one-page website to introduce the first SnapPads.

“To put it in perspective, our first year was pretty good, but last year, we beat our entire first year in the month of July,” Kent Wilson says.

Until this year, almost all the SnapPads were being purchased by customers in the U.S. only, because of import issues, Devon and Kent Wilson say, but they recently signed with Canadian distributor Atlas Trailer Coach Products to get their products into the hands of RV dealers across Canada. Atlas becomes the sixth distributor handling Origen RV products.

Because the Wilson family agrees with its customers who believe it makes perfect sense to have RVs come out of the factory with SnapPads already installed, the company has been
working with the makers of Equalizer Systems and Quadra Mfg./Bigfoot Leveling Systems. The two manufacturers buy SnapPads directly from Origen and prefit them onto their leveling systems, according to Devon Wilson.

“The best way to sell SnapPads is to integrate them into the sales process for a new RV – an add-on to the rig,” says Kent Wilson. Adds his brother, Devon Wilson, “Our best dealers throw SnapPads into your price. We have them flying off the shelf when they do that.”

Kent Wilson says the company supports dealers with sales collateral and has a digital resource center online to answer dealer-specific questions about such matters as warranty and installation, as well as a search tool for dealers to help them choose the correct SnapPads for a specific RV.
Another way that Origen RV aids dealers is by protecting them from being undercut by online sellers.

“One thing we became aware of very quickly once we started partnering with dealers was the fear of online sales being there to undermine physical sales,” Kent Wilson says. That is: People often will go to a dealer, see a product that they like, and then buy it at a cheaper price online, which means that the brick-and- mortar store that enabled the would-be customer to see and touch the product and answered his questions gets cut out of the sale.

“We very quickly instituted minimum advertised pricing,” Kent Wilson says, so that online sellers can’t underprice the dealers. “We never want a race to the bottom.”

Many SnapPads for Many Jacks

Meanwhile, the issue of choosing the right SnapPad for an RV has turned out to be a much bigger deal than one might think, according to the Wilsons.

“One of the biggest challenges as we grow and as we move forward is matching the right SnapPads to the systems,” Kent Wilson says. “There are different sized feet, different shaped feet, different numbers and combinations of feet on these RVs.” “There’s no standardization,”

Devon Wilson says. And at the start of each model year, the Wilsons are faced with figuring out what has changed with each manufacturer.

As a result, the company has built a proprietary database with more than 2,600 lines of data – and growing every day – to keep track of all the combinations of leveling-system feet. And every single line of data, the company has come by through its own trials, because the manufacturers don’t send that information, Devon Wilson says.

Because of the dizzying array of possibilities, the SnapPad website has customers take a quiz about their RV before they order pads so they won’t buy the wrong kind. The quiz asks not only for the RV’s make, model, and year; it also needs to know the trim and length of the rig, as well as the brand of the leveling system and the shape, number, and size of the jack feet.

Origen RV is working to catch up to all the different feet out there.

“We’re coming out with more versions all the time,” Devon Wilson says. “We’ll have three more in the next month or month and a half.”

The company started out making pads for the high-end market – premium Class A motorhomes and large fifth wheels, but it is working its way down to smaller towables and truck campers, according to Kent Wilson. The Wilsons say they have a waiting list for people with RVs that don’t have SnapPads that fit. When that list reaches “critical mass,” Devon Wilson says, the factory in Mishawaka tools up to make a new kind of pad.

The company also is looking at branching into other applications, such as horse, utility, and marine trailers – “anything with a metal foot that could use a rubber foot on it,” says Kent
Wilson. After that, the company will tackle scissor jacks, he adds. In addition, customers have been asking for a stacker product, he says. Those stackable rubber pieces would help where the ground is especially uneven, allowing the RV owner to extend the jack ram a shorter distance, thereby increasing the rig’s stability, Devon Wilson says.

As a small company, though, Origen RV has to pace itself, he adds.

“There’s so many things we could do; we have to take a step back and say, ‘one thing at a time,’” he says.

So, why did the company choose to make its product from recycled tires?

Devon and Gordon Wilson say they settled on compressed rubber from recycled tires for a variety of reasons. The material is tough, and the manufacturing process makes it even tougher, according to Kent Wilson.

“When people think of rubber, they think it’s going to be flexy and bouncy, but it’s not that at all,” he says.

With some RVs tipping the scales at more than 20,000 pounds, the jacks that level them are putting a lot of pressure on the ground. When the ground is soft, those metal jack feet can sink in and shift during a stay in the park or campground. In fact, the company’s website shows a photo of the foot of a motorhome whose jack foot had completely sunk through the surface of an asphalt road over four days’ time.

The pads spread out the weight over a larger area, reducing the damage to the ground and, by the way, to the jack foot, which can bend and curl under repeated pressure on soft surfaces.
The rubber SnapPad, while stiff, has a certain amount of give, which absorbs vibrations as people move around in the RV and which keeps the foot from slipping on the ground.

During the development of the SnapPad, the Wilsons had a third-party lab subject the product to a “shake test.” When the lab got to a G-force of 50, and the pad stayed on the foot, it stopped shaking.

But that doesn’t mean the pad will never come off, according to Devon Wilson.

“We designed them so they don’t stay on at all costs. If you end up dragging a jack, they will come off,” he says, which is better than damaging the jack cylinder, which would be much more expensive to repair than just replacing a rubber pad.

SnapPads come with a two-year warranty: The company will replace a pad for free if it fails.

Devon Wilson says the company often will replace a pad even if a failure wasn’t the result of faulty manufacturing. One example is if an RV is driven or towed over uneven terrain, the rig bottoms out, and the pad is scraped off. The other operator-error instance in which the company might replace a pad is when the owner is installing a pad, it’s not lined up correctly, and the jack foot crushes the lip of the pad.

“We want customers to have a positive experience with SnapPad,” Devon Wilson says.

“We were growing so quickly so early that we had to start grabbing people within arm’s length to help us,” Devon Wilson says. “The good news is they’re very good at what they do so they’re still with us. … There’s no nepotism – everybody’s earned their keep and are pulling their weight.”

The company’s staffing will likely increase this year, according to Kent Wilson. To deal with the booming growth, “all options are on the table,” he says, including the possibility of having the company directly get into the manufacturing business.

Whatever direction the growing company takes, it will continue to try to meet the needs of a wide variety of customers, Devon Wilson says.

“Our big, hairy, audacious goal,” he says, “is to have something for everybody.” 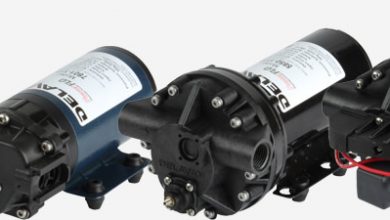 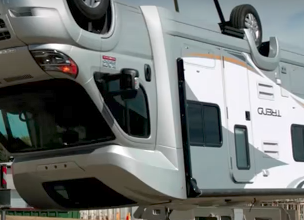 Class C Gets Dropped on its Head – On Purpose 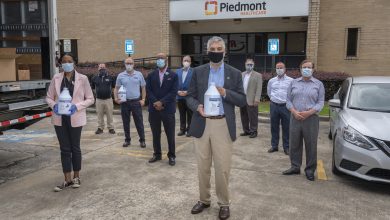 Blog: A Soldier’s Perspective on Airdropping into the Unknown