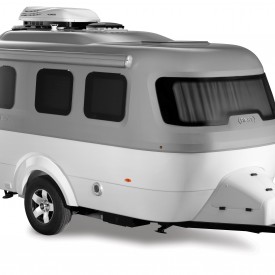 “There’s really nothing else like it,” said Bob Wheeler, Airstream president and CEO. “Nest acknowledges Airstream’s lasting legacy, while anticipating a new potential for outdoor adventure.”

Originally conceived by Oregon designer Robert Johans, Nest was acquired by Airstream in March 2016 and further developed in-house, with Johans coming aboard as project manager.

Scroll down for an interior view of the Nest.

“We saw the acquisition of Nest as an opportunity for Airstream to curate the kind of good design we feel is essential,” said Wheeler. “Nest is modern, it’s functional, and it’s innovative in a way you rarely see in this industry.”

Nest’s semi-monocoque fiberglass structure was styled by automotive designer Bryan Thompson (who also worked on Airstream’s Basecamp model). The exterior design features a low stance and wide front windshield inspired by the shape of ski goggles. Six windows, a skylight, and an vertical doorway window invite ample light into Nest, blurring the line between the interior and the outdoors.

Premium fixtures, a two-burner stove, a microwave, and a wet bath are a few of the amenities.

One floorplan offers a U-shaped dinette that converts into a bed, while the other features a permanent bed with a plush Tuft & Needle mattress.

Nest’s fiberglass shell is a departure for the company from its iconic aluminum travel trailers. But, according to the company, Airstream founder Wally Byam saw fiberglass as a sign of 20th century progress. He built several fiberglass prototypes in the ’50s and early ’60s.

“Wally was a design pioneer, and he recognized the versatility of fiberglass,” said Wheeler. “He was always innovating – always pushing the envelope – and we think Wally would be pleased to see Airstream continuing that tradition with Nest.” 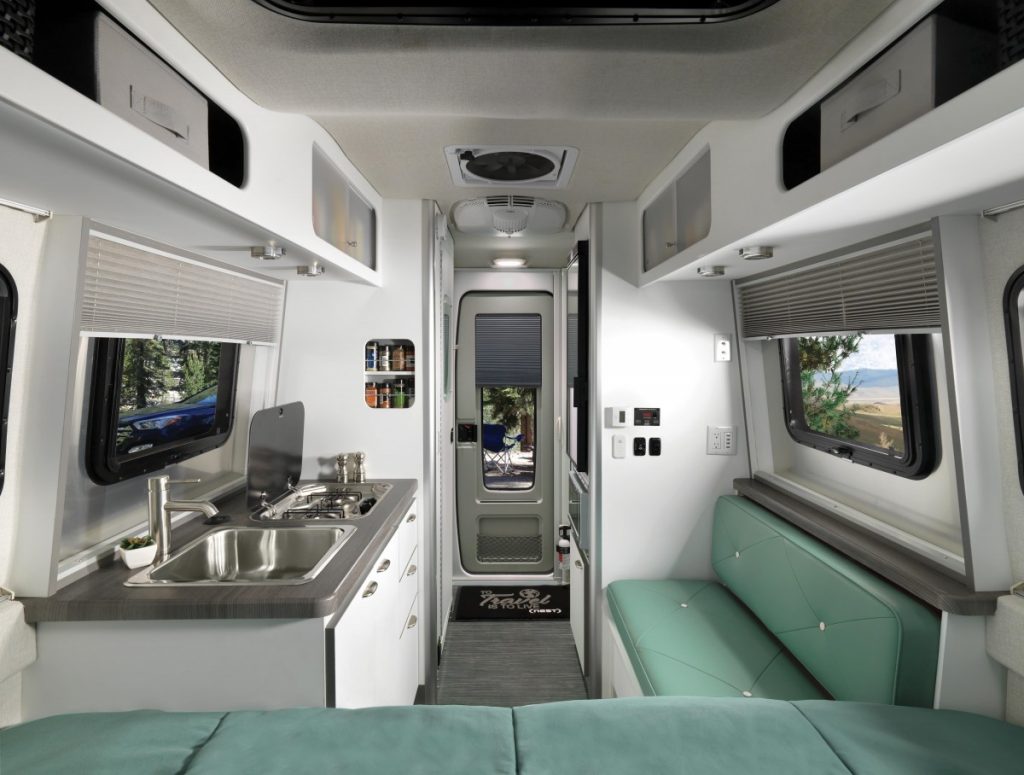