The RV Capital of the World relies heavily on two things President Trump may be targeting – steel and aluminum. So what impact could new tariffs have on life in Michiana, Ind.?

This story by Taylor Popielarz originally appeared on ABC 57 News.

President of the Greater Elkhart Chamber of Commerce Levon Johnson said Elkhart’s RV industry, and other local industries that use steel and aluminum, are keeping a “very watchful eye” on what President Trump decides to do after he proposed a 25-percent tariff, or tax, on imported steel and a 10-percent tariff on imported aluminum.

According to CNN, Indiana and Michigan are two of the top five states that depend most on manufacturing.

Johnson said raising the cost to get much-needed steel into Elkhart manufacturers’ hands could put a freeze on the tremendous economic growth the area has seen in the last few years.

He said he and his colleagues are waiting to see if President Trump will put the tariffs in place immediately, over time, or at all.

Johnson said the timing matters just as much as the potential rise in costs.

Congresswoman Jackie Walorski, who lives in and represents Elkhart County, released a letter late last week that she sent to President Trump expressing concerns with his proposal.

She said in the letter that a manufacturer, which she did not name, has already canceled plans to build a new plant in the area because of the economic threat.

Johnson said that “no tariff would be ideal to continue to grow.” 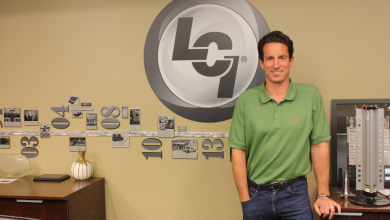