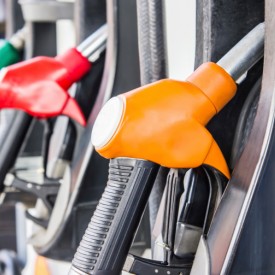 President Joe Biden on Tuesday ordered 50 million barrels of oil released from America’s strategic reserve to help bring down energy costs, in coordination with other major energy consuming nations, including India, the United Kingdom and China.

The U.S. action is aimed at global energy markets, but also at U.S. voters who are coping with higher inflation and rising prices ahead of Thanksgiving and winter holiday travel. Gasoline prices are at about $3.40 a gallon, more than 50 percent higher than a year ago, according to the American Automobile Association.

The government will begin to move barrels into the market in mid- to late-December.

The action is unlikely to immediately bring down gas prices significantly as families begin traveling for the holidays. Gasoline usually responds at a lag to changes in oil prices, and administration officials suggested this is one of several steps toward ultimately bringing down costs.

Oil prices had dropped in the days ahead of the announced withdrawals, a sign that investors were anticipating the moves that could bring a combined 70 million to 80 million barrels of oil onto global markets. But in Tuesday morning trading, prices shot up nearly 2 percent instead of falling.

Shortly after the U.S. announcement, India said it would release 5 million barrels from its strategic reserves. And the British government confirmed it will release up to 1.5 million barrels from its stockpile. Japan and South Korea are also participating. Administration officials say it’s the biggest coordinated release from global strategic reserves.

Read the full report from Josh Boak and Colleen Long with the Associated Press here.