Another 1 million Americans filed for first-time unemployment insurance benefits last week, as the impacts of the coronavirus pandemic continue to reverberate across the economy.

The Labor Department released its report on weekly unemployment insurance claims Thursday morning, and here are the main metrics, according to Bloomberg:

Initial jobless claims, week ended Aug. 22: 1 million vs. 1 million expected, and vs. 1.1 million during the prior week

Click here for the full report from Emily McCormick at Yahoo Finance.

Since the week ended March 20 this year, more than 58 million Americans have so far filed new unemployment insurance claims.

All Aboard The ‘Land Yachts’ as RV Bookings Spike 1000% 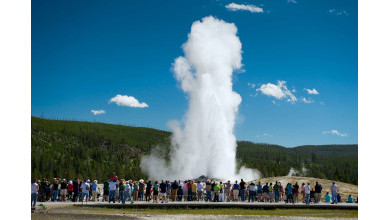