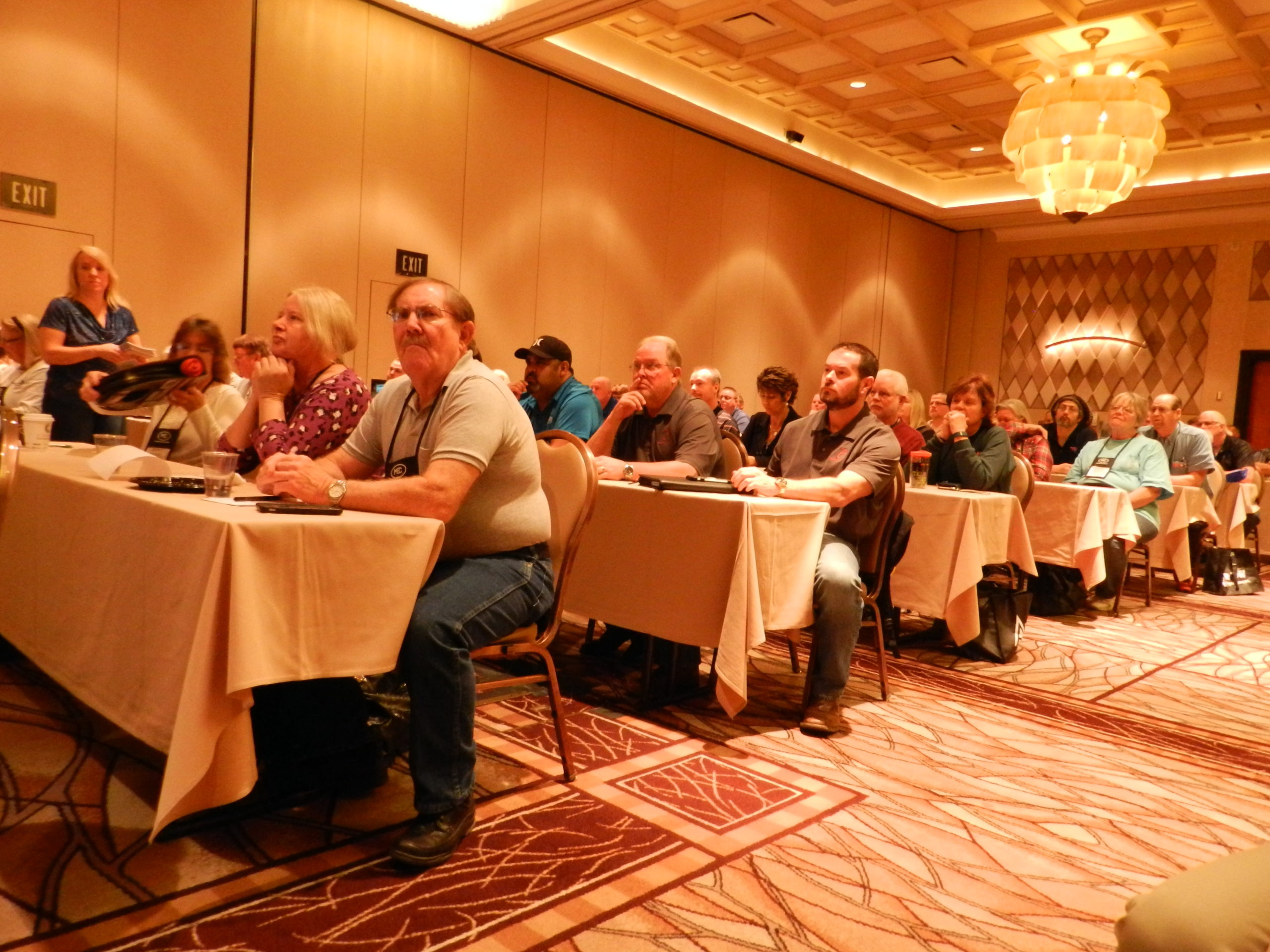 LAS VEGAS – During a three-hour walkthrough and reception Wednesday, dealers and vendors caught a glimpse into the type of business they can expect today at the Arrow Distributing Exhibitor’s Showcase at the Rio Hotel and Casino in Las Vegas.

Both groups seemed impressed by what they saw.

“I think it will probably be the best one (show) we’ve had for a while, and of course a lot of it has to do with atmosphere,” Arterra’s Jim Kaskey said.

Following a day of 45-minute product seminars from suppliers such as Winegard, Valterra and Cequent, the exhibit floor opened from 3 to 5 p.m., followed by an hour-long cocktail reception, where dealers and suppliers ate heavy hors d’oeuvres as a costumed stilt walker and painted-faced juggler walked up and down isles, stopping occasionally to chat, or pose for photos.

“People like the cocktail hour,” said Hull, who works for the Denver-based holding tank treatment company Unique Natural Products. “It makes it easy, and lightens it up. We go to a lot of trade shows that can be long and tedious, but not at all here.”

Despite a rapidly changing RV distribution landscape in the past two years, the distribution footprint of Omaha, Neb.-based Arrow has remained largely unchanged, save for a 2014 acquisition of So-Cal Distributing in El Cajon, Calif., a move that added a West Coast hub to the company’s distribution network.

The addition means more to West Coast dealers, such as Russ Leos, a retail clerk at Mike Thompson’s RV Super Stores, a multi-location dealership based in Southern California, who said that in addition to business, its just nice to catch up with suppliers.

“We get to support the guys who support us throughout the year by sitting in the seminars, asking questions to get the chatter going, so that people who might be there for the first time and are afraid to ask questions, it kind of helps them out,” Leos said.

The show continues today, opening at 8:30 a.m. Exhibits will close for lunch between noon and 1 p.m., before reopening. A cocktail reception from 5 to 6:30 p.m. concludes the show.

Arrow will draw names for cash prizes once per hour while exhibits are open.

Winnebago CEO May Opt for Minneapolis