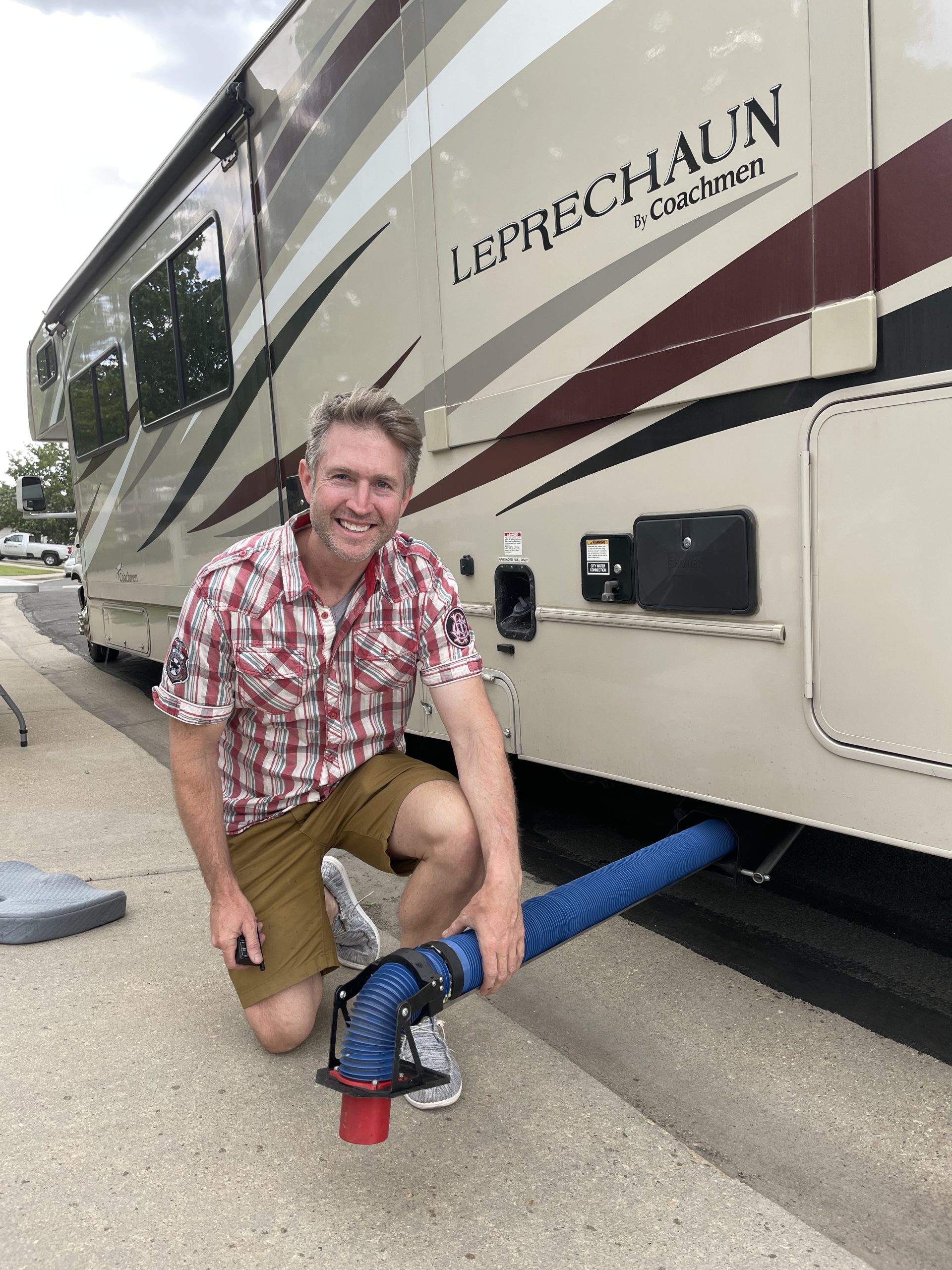 Calvin and his invention

Never again will users have to manually handle an RV sewer hose full of noxious waste, unless you’re one of those rare types that just likes that part of RVing. Let’s be honest, nobody likes empting a chemical toilet at any time, but especially not on a vacation. Calvin’s thought was, “nobody would want to do it if they didn’t have to.”

“You don’t have to get out the hose, hook it up, get on the gloves, or put all that back,” he said. “I have sat with my dad on a bench while watching my daughter play and just pressed the button to line it up and dock it with the sewer cleanout; and it empties in the same amount of time as manually doing it.”

Two and a half years ago, he had a prototype with interested investors that included fellow Texan, Rooster McConaughey. If the last name sounds familiar, yes, there is a Hollywood connection. Rooster’s brother Matthew is a bit of an RV’er himself, owning several Airstreams.

In 2020, Calvin visited with RV PRO and demonstrated his prototype for a hands-free dumping experience. In late June of this year, he stopped by to reveal his finished product, which includes stronger steal, an enhanced, more powerful motor and a reinforced drum. There are guiders that have been added to the boom which guides the steel and keeps it from twisting.

A custom-made nozzle with a knee brace hooked to a clamp helps secure the hose to the metal flume. The “garage door” (where the sewer hose deploys from) is thicker and allows the extended hose to plumb-bob easier.

From a technology standpoint, there is a long-range antenna for a better RF frequency and logic in the board, so users can program the number of amps that the Autodocked will use, so that it won’t overwork the system when it extends or retracts the hose. It runs on a 12-volt DC battery.

Finally, the boom has been reinforced with stronger steel. The overall weight of the Autodocked product sits between 17 to 20 pounds, depending on the model. The look is also finished with a powder coated topcoat.

The Autodocked, like all products, can be added during the manufacturing process of the RV, but it is made so it can be installed as an aftermarket product as well.

“It takes me about 10 minutes to put it on and take it off. It’s just two bolts through the frame and then an L-bracket that is bolted to the frame, so it’s three bolts in total,” said Calvin. “I drill two holes in the frame for bolt attachment and then drill the L-bracket to the frame.”

Calvin says it’s customizable. “It was built to be installed a variety of ways. Mine is perpendicular, but the whole system is meant to go in reverse depending on how you want to attach it.”

Calvin notes that it is a finished product and ready to hit the market. 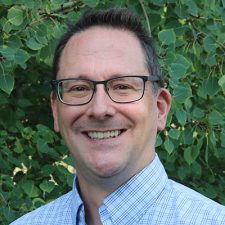