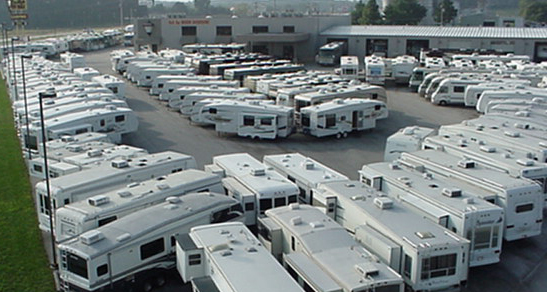 “The average sales prices for motor homes and towables sold at wholesale auctions declined last month,” said Eric Lawrence at Black Book. “The drop off in motor home values from the month before looks quite dramatic, but when you consider the overall trend line for the past several months, it is consistent with the patterns that we have been seeing since late spring; for example, it’s down 10% from August and 16% from June.

Lawrence also noted that auction volume was down: motorhomes decreased 3.4% while towables dropped 7.9%. 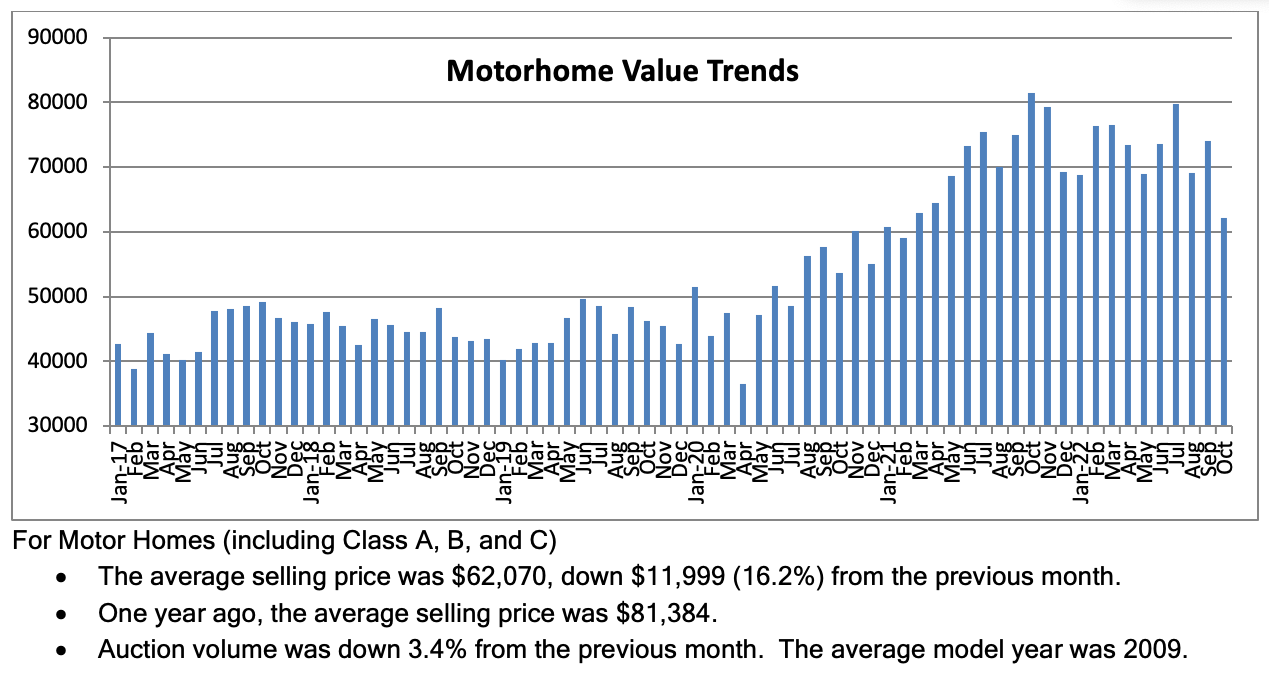 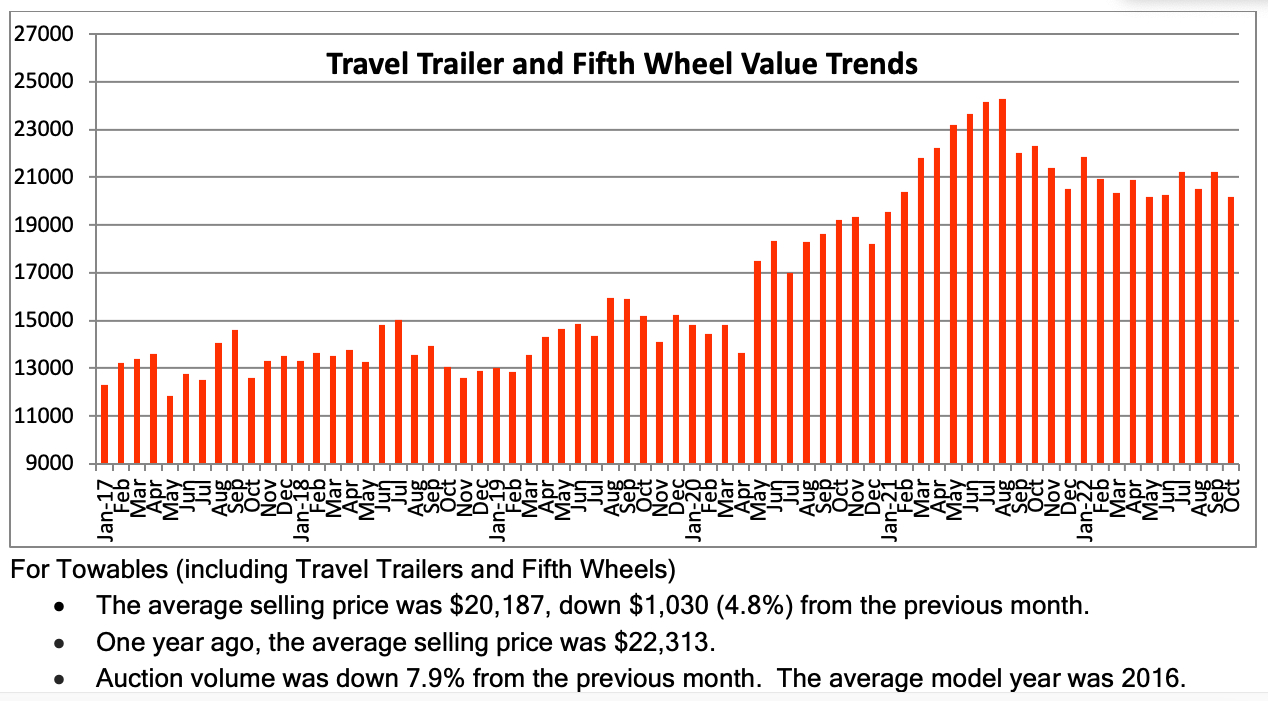