Mitch Bender didn’t know he was serving his country just by doing his job, but he found out Wednesday morning he was.

This story by Dani Messick originally appeared in The Elkhart Truth.

As the owner of Bravo Trailers, Bender has always instilled into his team that support of the Army and National Guard is important not only nationally but in work atmospheres as well.

“I just sort of assumed that everybody gave the Guard and the service time off for their training and rotations,” he said. “It affects a lot of things here because we’re not a big company, but our employees pitch in to help out.”

Enter Staff Sgt. Mitchell Becker, a newbie at Bravo in 2018. He’d been working there just two weeks when his call to duty came. Bender and his team had no qualms filling in and working a little bit harder to make sure the job got done, leaving his position at Bravo Trailers open for Becker when he returned.

Nearly 20 percent of Bravo’s 150 employees are veterans or currently serving.

The company was also notified of its status as a Secretary of Defense Employer Support Freedom Award nominee, the highest recognition given by the U.S. government to employers for their support of their employees who serve in the Guard and Reserve. 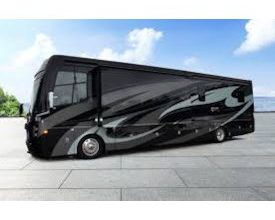