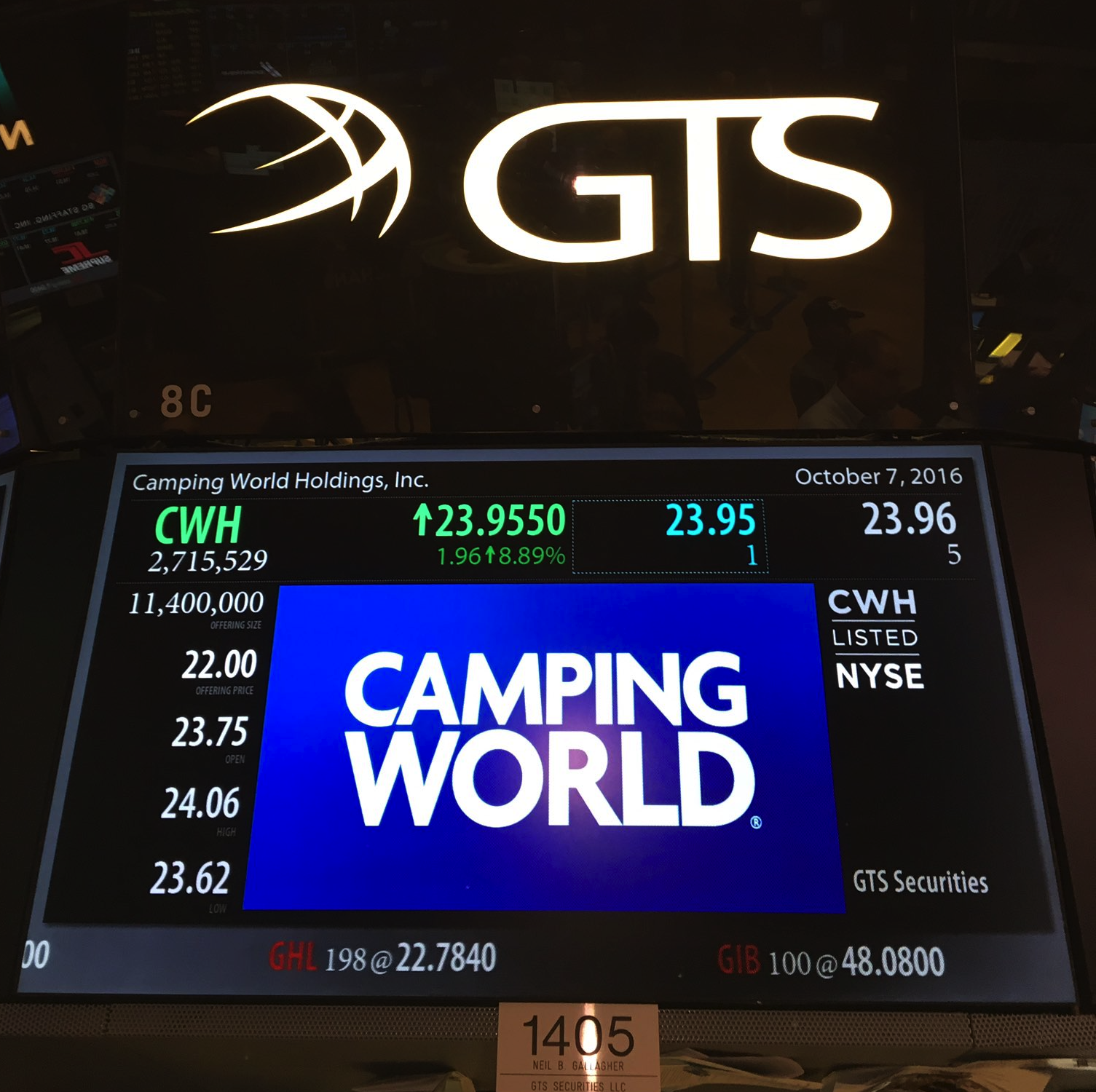 Camping World said it raised $251 million in an initial public offering on Thursday, according to a report from Reuters.

Reuters reports that Camping World said that it priced 11.4 million shares at $22 apiece, the midpoint of its indicated range of $21 and $23.

Lemonis, who co-owns Camping World with private equity firm Crestview Partners, will maintain “substantial control” over the company through his ownership of ML Acquisition and ML R.V. Group, according to the IPO registration statement.

Camping World generated about $3.3 billion in sales last year, up from $1.5 billion in 2011. It will use proceeds from the IPO to pay down its $695 million in long-term debt and for “general corporate purposes, including RV dealership acquisitions,” according to a filing with the U.S. Securities and Exchange Commission.

In an interview with CNBC, Lemonis reitterated that the bulk of the funds would be used to pay down long-term debt while outlining the importance of acquisitions to the company’s growth model.

“I’m not selling any shares. I’m a big believer in three things: I hate revenue, I hate motorhomes and I hate debt,” Lemonis said. “Our business is really built on the installed base, so we don’t want to add stores or open stores or do anything that affects our EBITDA (earnings before interest, taxes, depreciation or amortization) or EBITDA margin, and so we really focus on that.

“We don’t like motorhomes because they don’t turn as fast and its not as high margins. We sell them, but it’s not a big focus for us.”

“For us its really about selling warranties, insurance, roadside assistance, service, parts and yes, we do sell new RVs as well, but we’re not as sensitive to that ebb and flow,” he said.

When asked about opportunities for growth, Lemonis outlined the importance of acquisitions to the company’s growth.

“It’s new store openings and acquisitions,” he said. “That’s really our pipeline. We’ll open on average 6 to 10 (stores) per year, but if the market slows down, we can do as many as 25 in a year. You know what we do on the show, right? We look for businesses that need help. That model doesn’t just live on TV but in my real life.”

Camping World trades today on the New York Stock Exchange under the ticker “CWH”. The stock opened the day above $23 and reached $24.35 before slipping below $23 by midday.