Several RV dealerships in Regina, Saskatchewan, say they have been busy replacing batteries after an apparent rash of thefts in the city.

Hans Boers, general manager of Traveland RV in Regina, said the dealership saw three customers on Friday alone, all from the same area of the city, who had the batteries from their travel trailers stolen overnight.

Traveland employees told CBC the thefts were in Eastview and Uplands, and they had a total of eight related calls Friday after a spree on Thursday night.

Boers said RV owners should take precautions to keep the same thing from happening to them.

A spokesperson with Regina police said the service is not aware of this rash of crimes, but Traveland RV is not the only dealership witnessing the trend.

A representative from Village RV said that dealership has seen a spike in battery replacements due to theft this week in particular.

Boers said in each case he has seen, the thieves cut the cables and took the batteries, rather than disconnecting them properly. The cost for repairs varies from unit to unit, Boers said, but usually includes about an hour of labour and a new battery. He said it generally runs about $200 or $250. 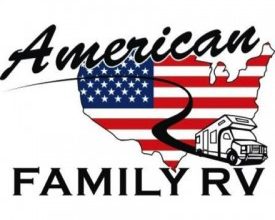 New RV Dealership in Clanton, Ala.