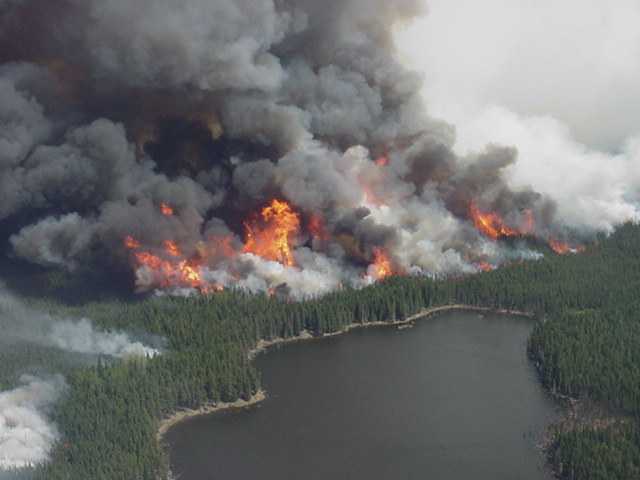 Cooler weather in recent days has slowed the fire’s growth, which covered about 1,200-square-miles on Monday in east Alberta and has moved eastward in recent days, threatening the neighboring province of Saskatchewan.

The public response has included support from across the country’s RV industry, ranging from economic support to free RV parking and camping for evacuees and their RVs, according to RVDA of Alberta’s Dan Merkowsky.

“The people of Alberta, not necessarily just our industry, but overall have been incredible,” Merkowsky said.

“We stand united with the RVDA of Alberta and Provincial counterparts with our collective contributions to the Canadian Red Cross; our thoughts are with those affected by this devastating tragedy,” ORVDA Manager Natalie Conway said. “We are grateful for the tireless efforts of the volunteers and first responders demonstrating their commitment to the safety of our fellow Canadians in Fort McMurray.”

Merkowsky added that other dealerships in the country have reported preparing packages based on sales, while Go RVing of Canada and Edmonton-based RV City opened lots to allow displaced RVers a place to park.

In Fort McMurray, 88,000 people remain displaced by the fire. Yesterday the provincial government and journalists re-entered the city to survey the damage, reporting more than 2,400 homes lost, but 90 percent of the city’s infrastructure still intact.

Merkowsky said no permanent RV dealers were located in the Fort MacMurray area.

The owner of Fort McMurray RV, an RV repair service based in the city, said the damage for his business appears to be insurmountable.

“Our family’s home/business are all gone,” he said through an online message.  “At this time, I’m not sure Fort McMurray RV can rebuild, as we were new starting up this past year.”

The damage to personal property, businesses and the country’s overall economy  are not yet known for the fire, which could take months to extinguish, firefighters say.