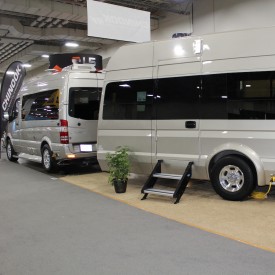 The Chinook Trail Wagons rally in Naches, Wash., was like a neighborhood on wheels. Nearly 30 Chinook RVs were parked on a manicured lawn near shade trees, a burbling creek and a big red party barn where people gathered to exchange stories about their beloved vehicles.

This story by Bridget Turrell originally appeared in Yakima Magazine.

Chinook RVs are known as “the sports car of motor homes,” and their owners wouldn’t think of vacationing in anything else. All of them want to chat with the owner of this sprawling property known as Running Springs Ranch, because he’s the guy who invented the Chinook.

RV manufacturer Gary Lukehart began producing units with a solid, one-piece fiberglass shell mounted on a Ford or Chevy chassis in 1971. That was the year he moved the family to Yakima, merged his company with an existing company called Chinook, and the Chinook RV was born. They were manufactured at a plant in Union Gap.

He estimates he built around 50,000 Chinooks altogether, including the Toyota Chinook, his most popular model.

The Union Gap plant closed in 2006, as Lukehart transitioned into a career as a real estate developer. He sold the brand in 2013, and Chinook RVs started rolling off the assembly line again four years ago in Indiana.

The ones made back in the day in the Yakima Valley inspire fans so much that they traveled in their Chinook RVs, from as far away as Missouri, to attend the July rally and hobnob with their fellow owners. 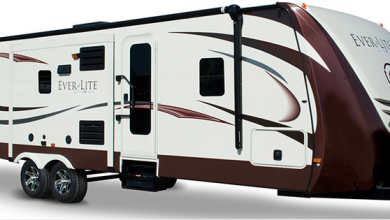