Pearl River Community College (PRCC) in Poplarville, Miss., has decided to renovate its baseball stadium, a complete makeover that will give the Wildcats a new grandstand with more than 400 chair-back seats, a new press box and two new suites. The new Wildcat stadium will be named the Dub Herring Stadium, in honor of the Picayune RV dealer who has long been a major supporter of PRCC.

This story originally appeared in the Hattiesburg American.

Herring, known as “Paw-Paw” from the folksy television ads for Paw-Paw’s Camper City, Herring’s dealership, donated much of the funding for the new facility.

In addition to Herring’s financial support, the project got a big boost when Jeff Dungan, owner of Dungan Engineering in Columbia, did the plans and schematics at no charge.

Both of Dungan’s sons played for the Wildcat baseball program and he was instrumental in getting the project from dream to reality.

Once the Wildcats’ 2018 season ends, the current grandstand will be torn down and construction will begin. Long said he hopes to have the new stadium completed by the time fall practice begins in October. 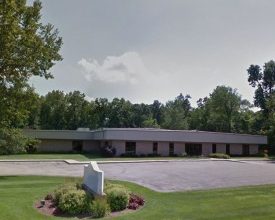 Capitol Hill Day Expected to be Largest Ever