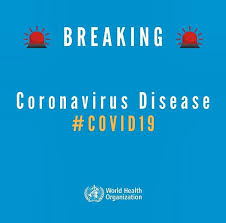 March 11, 2020, the World Health Organization declared the novel coronavirus a global pandemic and gave it a name: COVID-19.

Editor’s note: This is the first in a two-part series regarding the impact COVID-19 had on the RV industry. Part Two of the series is here.

This time last year, the world was reacting to the novel coronavirus, which started in China and spread rapidly throughout Asia and Europe, soon reaching North America. It was in January that the first case in the U.S. had been reported in Washington state, and by the end of February nearly every national TV newscast contained some news story using the words “coronavirus” or “COVID-19.”

But March 11 is notable because that’s day the World Health Organization declared the virus a global pandemic. Though still largely a mystery in this country at that time, it took only a matter of days before that changed.

If the severity of the situation hadn’t really hit home with most people before the WHO declaration, it became apparent to a large swath of the American public that same night, March 11, when the NBA abruptly announced it was suspending its season indefinitely after a player had tested positive for COVID-19. That player, Utah Jazz center Rudy Gobert, had been joking about the virus at a press conference just two days prior.

The day after the NBA suspended its season, the NHL said it was suspending play and the NCAA announced that “March Madness” – a month-long college basketball tournament that rivals the Super Bowl in popularity – was cancelled. Those three events combined generate billions of dollars in ticket revenue and TV and radio broadcast rights that suddenly went up in smoke.

Normally it takes world wars to bring major sports leagues to a halt. In this case, it was a once-in-100-years pandemic.

COVID-19 changed life in America seemingly overnight, including in the RV industry.

“It started a little bit from just seeing cases start to pop up everywhere, and then the domino effect of how it kept spreading,” said Craig Kirby, president of the RV Industry Association. “I remember the WHO came out and declared the virus a pandemic, and the next day we ended up closing our offices.

“What I remember thinking is, ‘How can this be happening?’ We were in temporary space for quite some time, because we had bought a new building and it was being renovated, and we moved into the building on March 9, and on March 12 I’m closing the building down. That’s what I remember about the very beginning. I remember talking to people and everybody thought, ‘Oh, it’ll probably be just for a couple weeks’ – which obviously didn’t turn out to be the case.”

On March 9, in a news conference for his company’s quarterly earnings report, Bob Martin, president and CEO of THOR Industries, took note of the virus.

“The last week or two have seen a sharp increase in the concern and market reaction related to the coronavirus and the effect it may have on individuals and communities impacted by the virus. … This is a fast-developing situation that we are monitoring on a daily basis,” he said. “We are hopeful that the virus will be contained very quickly and that its impact on individuals will be minimized.”

Within a matter of days both THOR – the parent company of multiple RV brands – and Winnebago announced they were halting production at their plants temporarily. Smaller manufacturers coast-to-coast followed suit.

Phil Ingrassia, president of the RV Dealers Association, said he tries to block out those early days of March 2020, when things descended into chaos so quickly.

He had just returned from an RVDA board meeting in Dallas when a couple days later, Indiana Gov. Eric Holcomb declared a stay-at-home order aimed at any Hoosiers not deemed “essential workers.”

“Dealerships were shut down, nobody could really go anywhere,” Ingrassia recalled. “Stay-at-home orders were rolled out (in many states), and there was a lot of concern about what was going on.

“Very quickly, we got an industry task force together and tried to share information and help each other out, to secure ‘essential services’ (declaration) – at least for the service departments.”

The RV Industry Relaunch Task Force was comprised of members from RVIA and RVDA, as well as the National Association of RV Parks and Campgrounds and some of their Canadian counterparts.

“And that was really critical because it was a great source of information. Real-time, what’s happening out on the market, where are the areas of concern – and our government affairs team – working with RVDA and with ARVC – were able to address a lot of the issues,” said RVIA’s Kirby. “We wanted to have the industry deemed an essential business, so that’s the direction that we went for a number of reasons, and we were very successful.

“Some states were quite the challenge and took a lot longer to open than others. But I think, how we all came together, so no one felt they were in it alone. Everybody had each other’s backs.”

The value of RVs being virtual hotels on wheels became evident as the deadly virus spread rapidly in parts of the country.

“It became apparent that RVs were being used as isolation areas, for not only health care workers but law enforcement, other first responders, utilities people. It became apparent that there had to be some sales operations that had to be able to be conducted, so a group worked on that quite a bit,” Ingrassia said. “And of course, the campgrounds – trying to get those reopened. So, it was an intense period there of a couple of months where we were meeting weekly to try to coordinate between the manufacturers, suppliers, dealers, campgrounds operators, finance companies, state associations. It was an intense period of activity.”

Underlying all of that, he said, “dealers were laying off or furloughing 50 to 75 to 90 percent of their staff. That’s gut -wrenching to go through that.

“Many dealers did take advantage of the Paycheck Protection Program, and for them it helped them stabilize the business through the period. … And of course, the manufacturers shut down for about six weeks and started to reopen in May. So, dealers didn’t know when or if they were going to get product, and the manufacturers were struggling to keep people safe and reopen safely. It was a very dark period there for a while.”

Coming in Part Two: From Shutdowns to Reopening to an Industry Boom