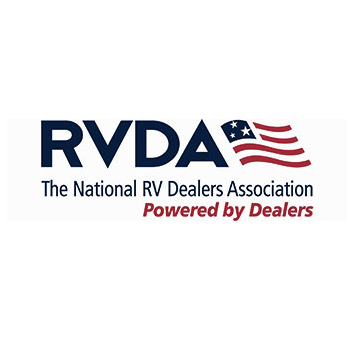 A group of Alabama dealers will move forward with their plan to create a state association, following a meeting with RV Dealers Association officials last week at the RVDA Convention/Expo in Las Vegas.

The meeting was the first official step for the group of Alabama dealers led by delegates from Madison RV, in Madison, Ala., and Bama RV in Dothan.

“We made some good headway, and it was a good meeting,” Madison RV General Sales Manager Rod Wagner said. “The RVDA attorney gave us some good advice and we’re going to go forward.”

Wagner, who kick-started the idea earlier this year by gauging dealer interest and reaching out to the RVDA’s national body, left the meeting confident that the group could obtain a charter by spring of next year.

The group now has to decide if it wants to attempt an RV dealer-specific member body, or open the membership up to a larger swath of the industry. At last week’s RVDA Expo, the Alabama dealers fielded input from association representatives from Florida, Texas and New England – associations that offer memberships to non-dealer industry members, or encompass multiple states.

“We’ve got a lot of folks wanting to help us. … (The RVDA Expo) was like drinking out of a fire hose,” Wagner said of the industry’s support.

Alabama lacks the dealership population of many larger, more populated states, so a trade association model, which could pool resources from multiple industry sectors, might make more sense, according to Wagner.

“I believe that there are quite a few industries that we could tap or that could be participating, more than likely in an associate membership-type role,” he said.

That’s not to say that the dealers in Alabama aren’t interested in the idea, though. As the season winds down, Wagner said several have expressed enthusiasm for the idea.

“We’ve got a pretty substantial number of dealers who are very interested and want to participate,” he said. “I’ve had dealers tell me, ‘Hey, just tell me how much and I’ll write the check.’ ”

But before the group can take those checks, they have to tend to the red tape.

“Even if someone was to write an Alabama association a check today, we couldn’t cash it,” Wagner said. “We have to have a charter to be able to have a bank account, and we have to establish our non-profit status, and those are really the traps we’re running at this point.”

The dealers continue to field input from other state associations, and plan to meet with the Alabama Automobile Dealers Association in the coming months to glean insight from the organization.

Wagner said that the primary goal for the budding organization is to ensure that it has a strong foundation.

“We’ve got what I’d consider one good chance to get this right,” he said. “I’ve seen organizations struggle with not having it done right the first time, so I think it’s important that we take the time and make it work.”