Celebrating Elkhart’s status as “Home of the THOR Industries Elkhart Riverwalk Grand Prix,” Mayor Tim Neese and THOR’s director of community engagement, Rick Schutt, met on Thursday at one of the city’s new signs with that exact text.

This story by Rasmus Jorgensen originally appeared in The Elkhart Truth.

Five signs have been installed in the city to welcome visitors and remind them of the popular summer event.

“It’s really a way to thank THOR Industries,” said Neese, standing next to the sign on Cassopolis Street by the Indiana Toll Road ramp.

He said THOR has helped the city in the three years that the Grand Prix has been back – following an almost 20-year hiatus – by being the title sponsor every year.

He pointed out that an estimated 20,000 people came during the two-day event in August, when organizers expected 12,000 to 15,000 spectators. As many as 130 drivers competed in 14 classes, and the Grand Prix also featured family-friendly activities, a fireworks display and four live concerts.

Neese, who has placed a significant focus on bringing more events to the city during his term, led the charge to restart the Grand Prix in 2017. Neese did not seek reelection and will step down at the end of this month, but a spokesperson for Mayor-elect Rod Roberson said the Grand Prix will continue.

Both Neese and THOR hope the new welcome signs will remind people of the good times they have had at the Grand Prix and encourage them to engage with the city in other ways.

said it makes great sense for THOR to be a part of the Grand Prix.

“When the idea came to bring the Grand Prix back, we just felt a great deal of pride to be involved in that as the title sponsor, and the last three years have been incredible,” said Schutt.

NHTSA: Recalls Made for Heartland, Keystone RV, and Winnebago 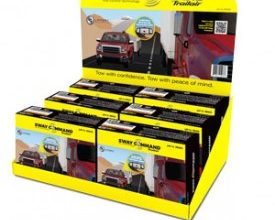 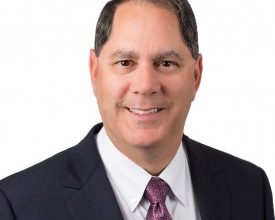 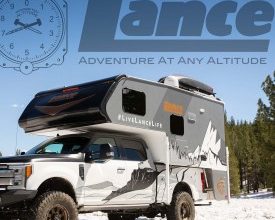