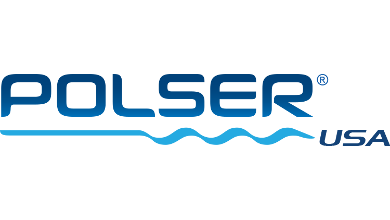 Polser is a Turkish-based, global manufacturer of fiberglass reinforced plastic – FRP – and that alone puts it in rare company. According to Greg Glanders, president of Polser USA, there are only seven manufacturers in the world of FRP. And Polser USA is one of only a couple of those that sells direct to the manufacturer, rather than using a distributor. When the İzmir, Turkey-based parent company incorporated Polser USA on Feb. 1, 2020 – the same day Glanders started his employment there – it did so with the intent of dropping its distributor and selling direct to its U.S. clients.

“Millions upon millions of square feet of FRP are sold every year annually in the RV industry,” Glanders told RV PRO. “Seventy percent of every RV made in North America is made in Elkhart County. It’s no secret why we’re here in Elkhart, Ind.”

Selling direct gives it a distinct competitive advantage, said Glanders, who has spent three decades in the supply side of the RV industry, much of it selling exterior skin for RVs, whether that be FRP or aluminum.

A friend and mentor of Glanders gave him notice that the company was considering opening a U.S. facility. Though success was not guaranteed, Glanders said he saw the Polser opportunity as too good to pass up.

“It was an opportunity with a very good company that has been around since 1980, that has been selling lightweight composites and FRP in 70 different countries around the world,” he said. “They’ve got an excellent reputation.”

Glanders said that at this point ­– even though it’s still just a two-man shop, he and his son, Adam – he feels the U.S. operation is exactly where it needs to be.

Polser’s factory in Turkey ships the product to Elkhart, and the two Glanders unpack the containers and remove the coils of material. After that, Adam Glanders drives around making deliveries. Or, it’s packed for shipment elsewhere in North America. Some customers order full coils, some want them partially cut or others want the product cut to specifications in sheets.

At this point Polser partners with other companies in the Elkhart area to do the cutting, but part of its next phase will be the hiring of a full-time driver, a warehouse person and eventually an investment into its own cutting equipment. The company is halfway through a two-year lease on its 10,000-square-foot building, so the hiring is a priority while the capital investment is further down the road.

“Right now in our inventory, we have close to 150 coils on hand,” Glanders said. “Every one of those coils are roughly 500-600 linear feet, and they’re all the size of sidewalls. A lot of 96-inch-wide coil that we bring in for people that are building baggage doors. Because it’s more than just – when I say ‘RV industry,’ most people are thinking immediately, the OEM. But we also supply people who supply the RV industry.”

“If you have like a little pop-up camper, tent camper, often times the roof on those are a pebble-embossed. It’s not smooth – it’s got like a little pebble finish to it. And then on a conventional travel trailer, or a teardrop trailer, that’s smooth,” Glanders said. “The high gloss would go mainly for fifth wheels, toy haulers, Class C and gas-powered Class A. Guys that produce the high-end diesel pushers, they use what’s called sheet glass – it’s the really high-end material. We don’t supply that.”

Polser doesn’t just sell exclusively to RV OEMs and their suppliers; it also sells FRP to bus makers, specialty vehicle makers, building materials companies and truck and trailer makers. But the company’s bread-and-butter, unquestionably, is the RV world. As Glanders said, there’s no mystery why it’s in Elkhart. And he couldn’t be more pleased that this deep into his career, he gets to be the face of Polser in the center of the RV universe.

“Their products are great,” he said. “They’re tested, they test well. But we’ve got a competitive price/cost advantage, period: going direct.” 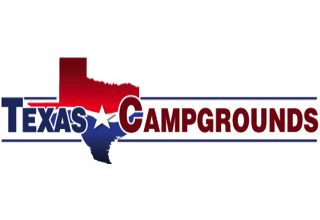 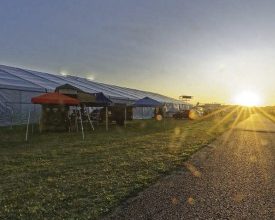