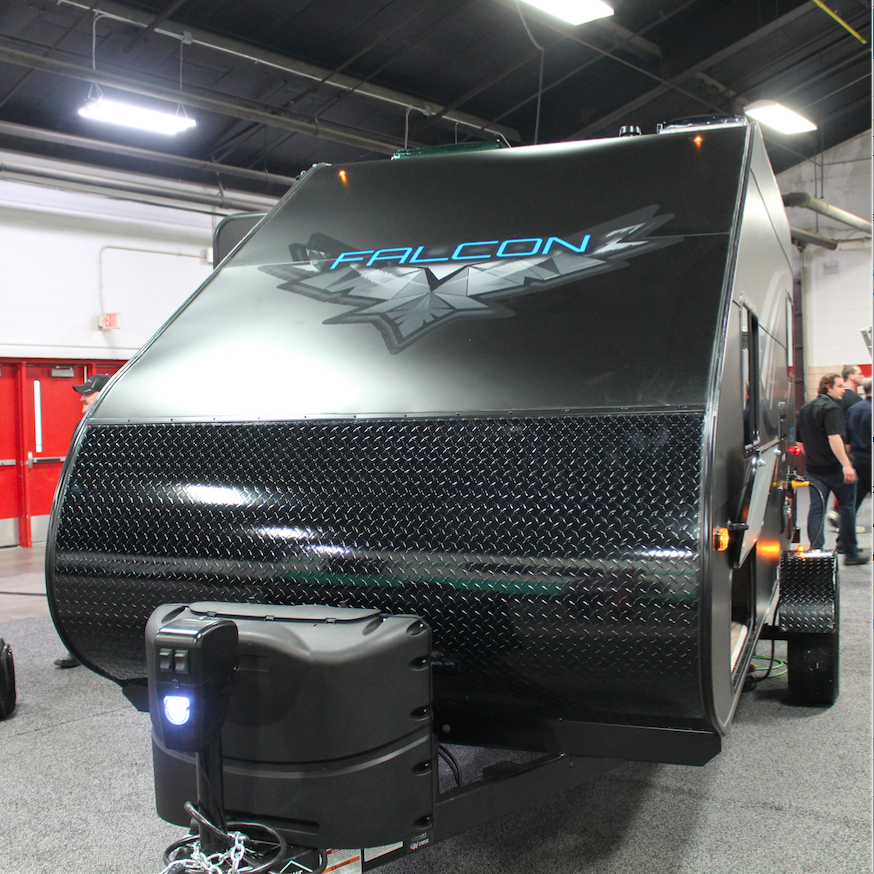 The move paid off, according to Johns, who reported that sales from this year’s show are a 500 percent increase over the previous high for the travel trailer and camper manufacturer.

“In a very short time, there are already 51 dealers signed up with the Falcon,” Johns said. “Generally, the first concern is ‘Can I please receive a load in time for my first show of 2017?”

He credits the Falcon design, in which he aimed to achieve a new-look lightweight towable with a modern design and a functional layout.

“With the design of the Falcon we have been able to increase aerodynamics and also the width of the stance, creating an incredibly stable and safe towing experience. Also, we’ve incorporated many functional improvements including the largest fridge in its class, largest liquid propane and also battery systems in its class, all while keeping our weights extremely low. Our F-20 model comes equipped dry weight is only 2,480 pounds. My 21 RB model, with a large dinette slide out, weighs only 2,840 pounds.”

Among the new lineup, Johns debuted a matte black Falcon Eclipse model, and said noted that interest in each line was about even among show attendees.

“It definitely catches your eye, but people really appreciated it and order-wise it was almost equal with my whites. … It’s definitely been well received.”

“Whether we build new or go into an existing building is what we’re looking at right now, but it’s a must,” he said. “I’m outgrowing this building pretty quickly. … We’re ready to step up to the challenge. It’s just a matter of pursuing the right angles and maintaining our quality.”