The National Highway Traffic Safety Administration has investigated Forest River Inc. for violations of Early Reporting Procedures, according to documents posted on the Administration’s website dating October and November of last year.

The federal regulation requires manufacturers to report information on any claims relating to death, injuries, property damage, warranty claims and consumer complaints involving their vehicles, according to the NHTSA.

The back-and-forth between the manufacturer and federal regulators, which took place between Oct. 2 and Nov. 2 last year, began when the NHTSA sent a letter to Forest River requesting the company’s recall information records in 16 special requests that span all makes and models from 2009 to October 2014.

According to an NHTSA document dated Oct. 2, 2014, Forest River had not properly reported the information, nor had the company provided the federal regulator with proper quarterly reports.

Forest River replied to the special order requests in a 15-page document citing software issues, but answering some requests while objecting to others on the grounds that the information was “protected from disclosure by the attorney-client privilege and work product doctrine.”

The RV manufacturer said that its software “was not properly designed to capture the information sought” in the NHTSA request, according to Forest River’s reply to the special order.

The NHTSA found the response “unacceptable,” citing that Forest River did not fully comply with the 16 special requests for information.

“Forest River has not fully responded and therefore is in violation of the Special Order,” according to the NHTSA.

In the response, the NHTSA fined Forest River $126,000 for its failure to comply with the special order, and said that the issue would be sent to the Department of Justice “to commence a civil action in federal court to compel Forest River to fully respond,” if the manufacturer did not comply.

Forest River representatives were not immediately available for comment on the story, initially reported by the Elkhart Truth. 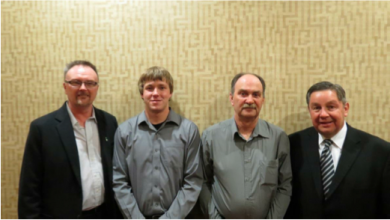