Despite the dip, the company reported net sales for the period were its second highest ever for a first quarter, surpassed by 2015 results.

Gross margin as a percent of net sales for the quarter ended September 30 was 23.8 percent compared to 22 percent for the prior year quarter. Gross margin improvements were partially offset by lower absorption of fixed costs.

The Company believes that demand for furniture products in the United States will continue to be weak due to economic uncertainty for the remainder of the fiscal year. During the first half of fiscal year 2016, the Company reported a $6 million increase in net sales related to clearing of west coast port congestion. Net sales for the Company are expected to remain soft for the next fiscal quarter. The Company is focusing on streamlining product introductions to increase sales and controlling discretionary spending.

For the remainder of fiscal year 2017, the company expects to have the following expenditures:

The company believes it has adequate working capital and borrowing capabilities to meet these requirements.

The company remains committed to its core strategies, which include providing a wide range of quality product offerings and price points to the residential and commercial markets, combined with a conservative approach to business. The Company will maintain its focus on a strong balance sheet through emphasis on cash flow and increasing profitability. The Company believes these core strategies are in the best interest of our shareholders. 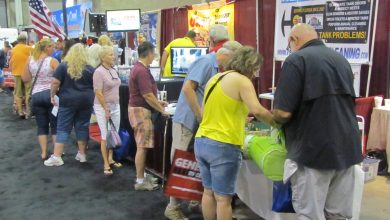