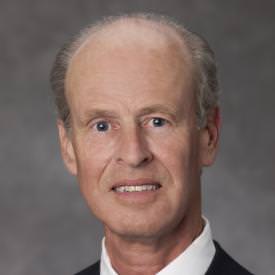 BOCA RATON, Fla. – Gregg Fore, president of Dicor Corp. and a longtime presence on the RV Industry Association Board of Directors, is encouraging the Association’s leadership group to remain vigilant moving forward, as he steps away from an active role with the Association.

Fore has served in various volunteer leadership roles with RVIA for the past 19 years. He stepped down from his Board of Directors seat late last year. At the time, Dicor was acquired by Airxcel. Airxcel’s president, Jeff Rutherford, also serves on the RVIA Board of Directors, which would have had the effect of doubling company representation on the Board.

During the Board of Directors meeting here Tuesday, Fore made a few, short parting remarks to Board members. Association rules prohibit media coverage of what is said in Board meetings. However, Fore recalled the essence of his remarks in an exclusive interview with RV PRO shortly thereafter.

Fore said his message to the RVIA Board was threefold. First, he encouraged the RV industry to maintain its independence from the federal government. By that, he meant that the industry needs to continue to self-regulate, rather than have the federal government assume industry regulation. Even with the election of Donald Trump as president (Trump has promised to roll back certain federal regulations), the industry can’t get complacent in thinking various government agencies won’t attempt to exert their influence, Fore warned.

Fore said he also encouraged the Board of Directors to keep the Go RVing campaign fresh and relevant. The campaign is vital to the industry, so it’s important not to get comfortable and let the message get stale, he said.

Finally, Fore said he encouraged Board of Directors to take steps to reinvigorate the National RV Trade Show. Or as he put it more bluntly, “fix the damn show.”

Fore acknowledged that fixing the trade show is a “very complex problem”, in part because of multiple other events that happen around the same time, such as Elkhart Open House Week, the RV Dealers Association Expo & Convention and the Pennsylvania RV & Camping Show. Still, Fore said he believes if industry leaders work together he is confident they can come up with a viable solution.