Prosthesis was one of the “must-sees” at CES, garnering massive attention, coverage and even beating out major competitors to win Popular Mechanic’s coveted “Best Of CES” award, the company said in a news release.

“We were overwhelmed at the positive response from the consumer electronics industry and national media outlets,” said Matt Fidler, chief marketing officer for Furrion.  “Major outlets including Business Insider, CNET, Digital Trends, Yahoo! Business, Tech Insider and many more featured Furrion. Both online articles and videos showcasing the amazing new range of products we are producing for the RV world and soon to come the consumers’ home.  This international coverage drew attention not only to Furrion, but to the explosive growth the RV community is experiencing. This show was a clear sign of the big things to come for Furrion and the endless possibilities with our RV OEM partners.”

The Elysium is 45′ long, 8′ wide, 13′ 6″ high and is a fully operational luxury home on wheels. Designed to launch Furrion’s new product lines and stimulate innovation, Elysium featured the best in electronics – from three large screen 75’ 4K HDTVs, infotainment control systems, Vision S vehicle observation systems, outdoor Bluetooth speakers, fireplace, and a complete kitchen that a chef would love complete with an induction cooktop, convection microwave, oven, dishwasher, refrigerator and a wine fridge.  The Elysium features future forward technology including a smart toilet and smart shower.  The upper deck is perfect for entertaining complete with an entertainment area, hot tub and helicopter landing platform where you will find the Robinson R22 helicopter.  The helicopter platform lowers above the master bedroom during transport.  All the TVs feature Furrion’s proprietary Vibrationsmart and Climatesmart technologies, ensuring products withstand constant vibration and extreme climates found in mobile applications.  The Elysium features the latest in automation, observation and navigation making it a stand out in both the RV and technology world.

In another move, Furrion launched its Robotics Division at CES with the debut of Prosthesis, a human-piloted,  lithium-ion powered exo-bionic mech racing suit capable of running at a speed of more than 21 mph.

Prothesis stands at nearly 14 feet tall, 16 feet wide, weighs more than 7,000 pounds and is electric powered. Both durable and agile, it is capable of attacking any terrain. Prosthesis represents the inception of a new, large scale exo-bionic technology platform with an exciting future ahead. Furrion believes that the future belongs to electric power systems and is committed to being the leader in the development and application of that technology.  Furrion Robotics is a research initiative focused on the development of large scale, high-performance exo-bionic technology.

“Furrion robotics adds new engineering capabilities to our infrastructure and will enable us to focus on products that our RV partners will ultimately benefit from” added Fidler. “Many of the technologies incorporated into Prosthesis are the same technologies we’ve been developing for the RV industry including observation cameras, touch-screen digital controls, energy systems, electronics and more. Furrion robotics will engage our engineers in projects that stimulate creativity and drive innovation.”

Amongst all the hype at CES Furrion also managed to release many new products to the domestic market including 55”, 65”, 75”, 68” and 98” 4K TV’s available in champagne gold, stainless steel and black stainless steel models and Furrion professional kitchen appliances for the home that will be available towards the end of 2017.

Furrion also released a new logo and website this week showing its commitment to elevating the brand and supporting the RV industry by connecting with the end consumer. Prosthesis and Elysium will be on display in Elkhart at the new Furrion innovation center and institute of technology center opening in May. 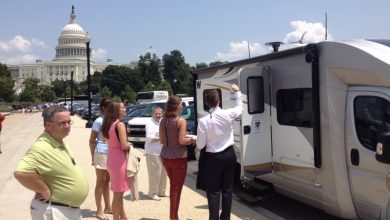 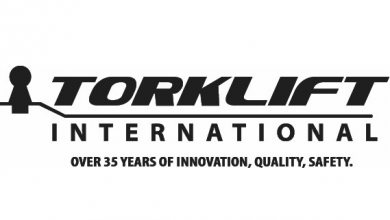