Gas prices are falling rather quickly in the U.S., with 49 of 50 states seeing prices decline in the last week, according to price-tracker GasBuddy.com.

A drop of 15 cents in Indiana put the state among those leading the decline.

The national average has fallen five cents in the last week to $2.15 per gallon, as prices now stand an average of 2 cents lower than a year ago.

“As oil prices have crumbled under the realization that supply continues to outpace demand, gasoline prices have fallen in tandem as we approach the holiday season. I’m sure that’s music to the ears of millions of motorists,” said Patrick DeHaan, senior petroleum analyst at GasBuddy.com. “While all eyes should remain on OPEC’s reaction and coming meeting, motorists will likely continue to see the national average falling this week, catching up to the fall in oil prices, which now have taken oil to the lowest level since March.”

The only state not seeing a decline was Hawaii, where gas prices rose an average of 0.8 cents per gallon. Leading decliners was Indiana (15 cents), Ohio (12 cents), Michigan (12 cents), Illinois (9 cents) and Kentucky (9 cents). The Midwest region saw the nation’s largest declines as gas prices there react quickly to market changes in both directions.

The International Energy Agency (IEA) said in its monthly report released last week that global oil production rose 230,000 barrels per day in October to 97.43 million barrels a day. OPEC production, meanwhile, stood 1.3 million barrels per day higher versus the level in October, 2015. The agency noted that “stock builds could continue through 2017 if OPEC does not agree to production restraint at its forthcoming meeting in Vienna.”

For now, the lower oil prices will translate into savings at the pump for Americans. Gas prices are down nearly 10 cents in the last month as crude oil prices fade, and may make a run at 2015’s holiday levels if OPEC isn’t able to get its members to agree to curb production. 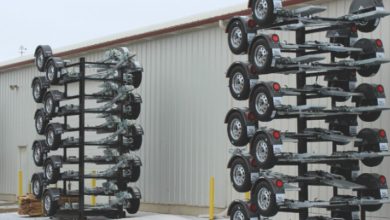