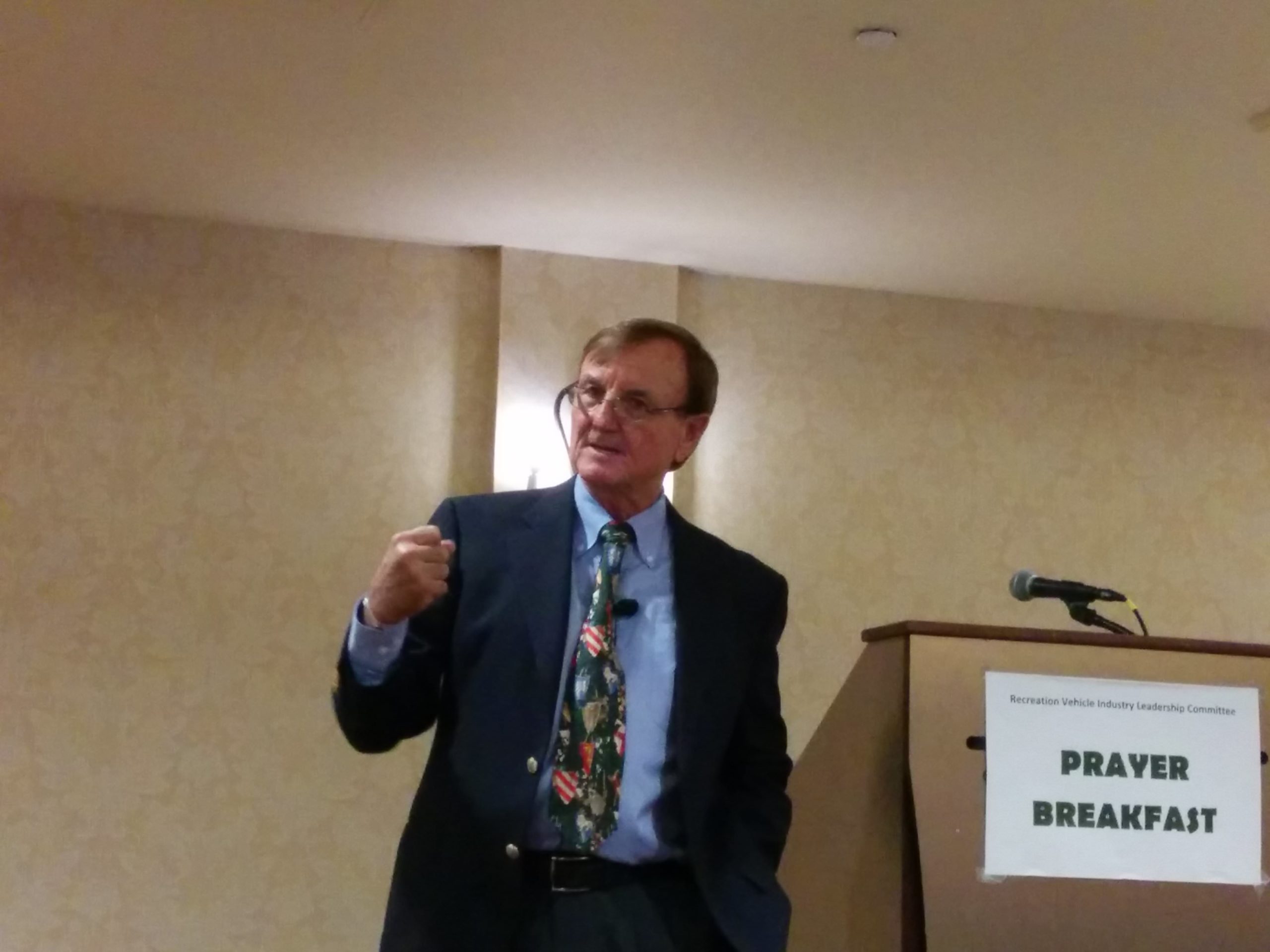 About 180 industry members attended the early morning devotional, where Armstrong, who once played on the PGA Tour and is now a coach and author of The Mulligan, spoke of the lessons he’s gleaned from a life on the links.

Like his book, Armstrong’s speech to the group drew comparisons between his faith, life and the second-chance given to golfers.

“There may be a song about that, ‘Amazing mulligan, how sweet the sound, that saved a hacker like me,’ “ Armstrong said, illustrating his metaphor.

Armstrong began his golf career as a caddie for Gary Player, but was promptly fired after an early mishap. When he returned home, Player had sent a set of golf clubs to the younger golfers’ house.

“He said, ‘You should be playing golf because you will have an impact. When you get off the PGA Tour, you’ll have a platform to speak from,” Player told Armstrong.

A decade later, Armstrong finished fifth at the Masters golf tournament, as his former employer won the event.

“Gary Player gave me a great mulligan, because he could have said, ‘Oh you’re out of here,’ “ Armstrong said. “But he knew I’d just become a new believer in Christ, and that (experience as a caddy) was a gift.”

Attendees of the hour-and-a-half long event received a copy of Armstrong’s book.