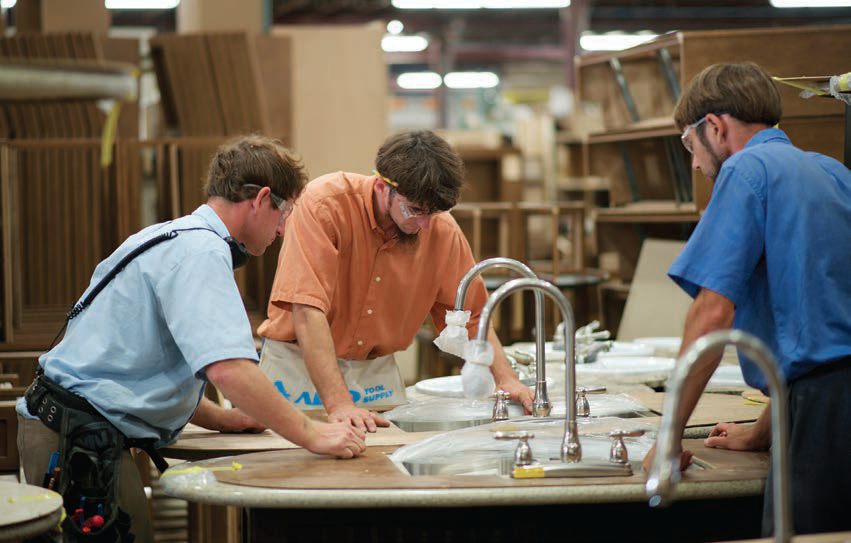 As the company gears up for its $11 million expansion, Grand Design reached a production milestone, reaching 20,000 towables produced.

“In April of 2015 we had announced a production milestone of our 10,000th unit, and just one year later we are proud to have doubled that number,” Grand Design President and CEO Don Clark said in a news release.

The company also has reached 15,000 units sold at retail in the past year, according to Clark.

The exact unit produced wasn’t known, according to Grand Design’s Bill Martin, who said the company’s production schedule, and shared production buildings made it difficult to determine.

“It’s hard to tell because we run a number of them down each line, so I don’t know which one came off a minute before another. … All those lines are humming along pretty good,” Martin said.

Recent demand has taxed production in some of the company’s plants, sometimes leading to an “unacceptable” backlog, Clark said in an interview last week.

To help keep up with demand and the production schedule, Grand Design purchased about 50 acres of land near its current headquarters, and began construction on an $11 million expansion that will add a pair 110,000-square-foot buildings. One of those additions will house a production line.

The construction began recently, and on Thursday (May 12), the company will host Indiana Gov. Mike Pence at its Middlebury property for an invitation-only groundbreaking ceremony.

Grand Design RV launched the Solitude Fifth Wheel as its first entry into the RV market in 2013. Since that time, the company has launched two additional fifth wheel lines and two travel trailer lines.

“My partners, Ron and Bill Fenech, and I are very proud of and grateful for what our team is achieving in the marketplace,” Clark said.