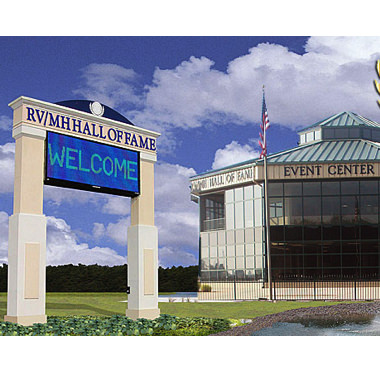 “The deadline for nominations for the Class of 2017 is Oct. 31t, so we are encouraging all those who plan to nominate a candidate to get their paperwork submitted as soon as possible,” said Darryl Searer, Hall president.

Searer explained that all the nomination forms and instructions are available for download on the Hall’s web site at www.rvmhhalloffame.org/pages/nominations.cfm.

“The Hall welcomes nominations from all RV and manufactured housing sectors, such as manufacturers, dealers, campgrounds, housing communities, suppliers, user groups, trade media, associations,” Searer said. “The nominating committee is especially interested in receiving nominations for deserving early pioneers who may have been forgotten, passed over or overlooked in the past.”

To be eligible the nominee must be, or have been, an active participant in any segment of the recreation vehicle, campground or manufactured housing industries for a minimum of 25 years.

Also, the nomination form must be filled out in its entirety and must be accompanied by three supporting letters (no more, no less) that meet the Hall’s guidelines for these letters. Incomplete nominations cannot be considered. If the nominee is not selected within three years, he or she remains eligible only if the nomination is resubmitted and refreshed with additional information.

If a completed nomination form and three properly-prepared seconding letters are received by Oct. 31 of any year, the nominee will be in the pool of candidates considered for the following year’s class and for four years beyond that if not selected that year.

“The Selection Committee is made up of an equal number of members of the RV and Manufactured Housing industries, and members will only vote on nominees from their respective industries,” Searer said.