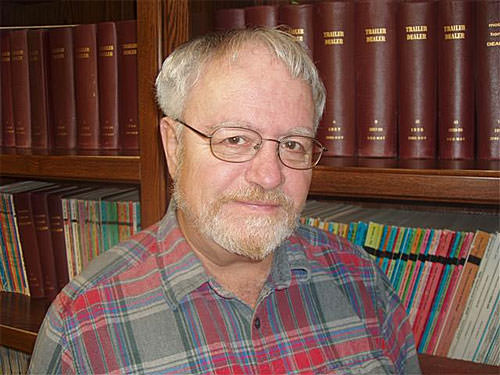 Today we all know Elkhart, Indiana as the RV Capital of the World. More than 80 percent of global RV production is based throughout the region. That means that if you see an RV rolling down the road anywhere in the world, chances are that it was built with the craftsmanship and dedication of Hoosiers.

But it hasn’t always been that way. Before retiring in 2014 as the walking RV encyclopedia for the RV/MH Hall of Fame, I was always asked one question: How did Indiana become the undisputed home for RV manufacturing?

The answer – as I describe in my book, The Dumb Things Sold…Just Like That – is a story of three Hoosiers. Milo Miller, Wilbur Schult and Harold Platt fell in love with trailers in the mid-1930s just like many of us have today, and they decided that because of Northern Indiana’s workforce, location and automotive heritage, there was no better place to launch their trailer businesses than their own backyards. As Miller, Schult and Platt found success, so did the Hoosiers they employed, many of whom went on to launch their own RV businesses.

By 1948, it was official. National press clippings show Elkhart referenced as the “Trailer Capital of the World.” At that point, 100 companies were building trailers in and around Elkhart County.

As more manufacturers sprung up, that attracted additional suppliers, which in turn attracted more manufacturers. As the Crossroads of America, Indiana’s location was crucial for manufacturers who needed to quickly ship their trailers across the country with the aid of the region’s robust system of railroads, rivers and roads.

These quickly growing companies also needed a large workforce experienced in manufacturing, something Indiana is still famous for today. Back then, it was auto manufacturing leaders like Studebaker, Pratt and Elcar. Today, its auto companies like South Bend-based AM General. Indiana is No. 2 in the nation for auto production, with five auto assembly plants and more than 500 auto suppliers supporting more than 100,000 Hoosier jobs. With the automotive industry acting as a base, Indiana has added 32,000 manufacturing jobs since January 2013 and is home to the largest concentration of manufacturing employment in the nation.

That type of manufacturing strength is important for the growth of RV companies today. One in five Hoosiers work in manufacturing, many at companies that supply both the RV and auto industries, and that crucial diversification and stability helps supports the strength of both supply chains. RV companies also need a strong business climate with low taxes and limited regulations. Under the leadership of Governor Pence, that’s exactly what the RV industry is finding in Indiana today.

While the recession hit Elkhart hard, it’s the same qualities that supported Elkhart’s booming economy in the 1930s that support its epic comeback today. The story of California-based Fleetwood Enterprises proves that Elkhart’s story can’t happen just anywhere. With the rising cost of doing business in California, industry giant Fleetwood Enterprises filed for bankruptcy in 2009. When a private equity group purchased its motor home assets, it decided that production of Fleetwood RVs needed to move to a more affordable home – Decatur, Indiana. At the same time, Elkhart-based Heartland RV, now a subsidiary of Thor Industries, acquired Fleetwood’s towable trailer assets and moved their production to Elkhart.

Today the RV industry is stronger than ever in Northern Indiana. This state’s central location, skilled workforce, thriving business climate and manufacturing strength earned Indiana its status as the RV Capital of the World years ago, and today it’s the reason why after generations, Indiana continues to roll ahead of other states as the undisputed RV manufacturing leader.