The heart of the RV industry was among the areas that bucked the national gasoline price trends last week as Indiana and Michigan joined Ohio as the only three states in the U.S. to report hikes in gasoline prices, according to gasbuddy.com.

“The national average gasoline price had a solid decline in the last week, thanks to renewed pessimism in the oil patch after the Fed’s decision to hold interest rates steady,” GasBuddy Senior Petroleum Analyst Patrick DeHaan said. “While three midwestern states – Indiana, Ohio and Michigan – saw modest hikes associated with a continued behavior of spikes and ebbs, the rest of the nation’s 47 states saw gasoline prices declining.”

The number of stations selling under $2 per gallon should grow in the coming weeks, according to DeHaan.

“With much of the country now on winter gasoline, there is less pressure on prices during the upcoming fall maintenance season at the nation’s refineries,” he said. “I continue to believe that the national average will fall under $2 per gallon, perhaps even sooner than expected.” 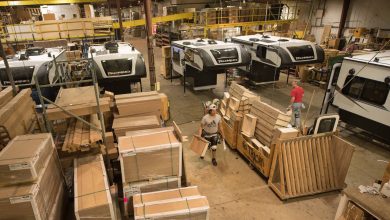