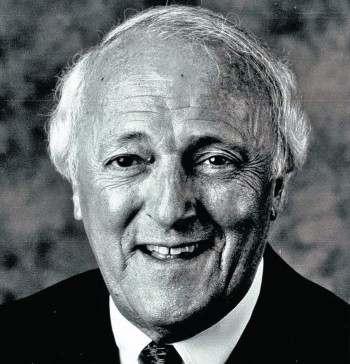 “Arthur J. “Art” Decio, an Elkhart, Ind.-born businessman and philanthropist who was never happier than when he was helping others, died peacefully at home on Friday, surrounded by beloved family and friends. He was 90.

“Decio, a man dedicated to his family, faith and the welfare of everyone whose life he could touch, was an Elkhart original. His generosity extended beyond planned giving to spontaneous acts wherever he went – giving a hand to strangers and those he encountered in the course of daily life. A first-generation American, he became one of the most successful businessmen in Indiana via Skyline Corp., a mobile home and RV company. Decio appeared on the cover of Time magazine in a 1965 article about successful businessmen under 40.

“He was born Oct. 19, 1930, in a home on Indiana Avenue, to Julius and Lena Alesia Decio. His arrival during the Great Depression would profoundly shape his desire to help others. His philanthropy started at age eight, when he gave a third of his paperboy earnings to the Elkhart Salvation Army (a charity he would later serve at the national level) and another third to St. Vincent de Paul Catholic Church – founded upon the principles of charity and compassion for the poor that guided him throughout his life.

“Decio was educated at Marmion Military Academy and DePaul University in Chicago. While at Marmion, he met Patricia George, the love of his life. They wed on Jan. 6, 1951, and were married 59 years, until her death in 2010.

“… In 1952, Decio took over Skyline Coach Co., which his father had started in a rented garage, and led Skyline to become the nation’s largest mobile home builder. A leader in the manufactured housing industry and a member of the Mobile Home Hall of Fame, Decio took pride in providing affordable housing to Americans.

“Beginning in the late 1950s, Decio began raising money for a range of community causes, which he supported to the end of his life. In his hometown, he led fundraising campaigns to build St. Thomas the Apostle Catholic Church, remodel Elkhart General Hospital, and renovate the Lerner Theatre. In 2016, Beacon Health System dedicated the Arthur J. Decio Pavilion at Elkhart General Hospital to honor his 60 years of financial support.

“Decio was instrumental in establishing and sustaining an Indiana University campus in Elkhart. In 1984, United Way of Elkhart County honored him by establishing the Arthur J. Decio Volunteer of the Year Award.

“He was a life member of the Elkhart County chapter of the NAACP and was active in the Elkhart Urban League. He was a large contributor and fundraiser for the 1968 Democratic presidential campaign of Sen. Robert F. Kennedy and introduced Kennedy at a rally in downtown Elkhart that drew 9,000 people. Within months, Decio would serve as an honorary pallbearer at Kennedy’s funeral. He was an advisor to local, state, and national leaders of both parties.

“Three U.S. presidents appointed Decio to federal commissions. He served on the boards of more than 40 civic, religious, educational, and financial organizations including the Federal Reserve Bank of Chicago. He joined the international board of Special Olympics at the request of founders Sargent Shriver and Eunice Kennedy Shriver and helped organize the International Special Olympics at Notre Dame in 1987.”

To view the rest of the obituary online, click here. 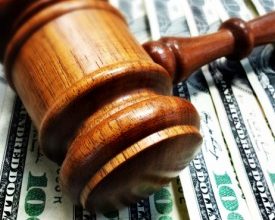 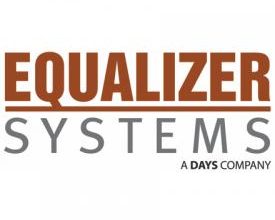 Equalizer Partners with Jayco on Leveling