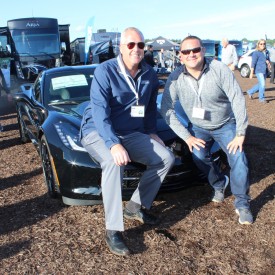 Chad Kling, business manager of The RV Shop in Baton Rouge, La., was presented with the keys to the Corvette by Thor CEO Bob Martin after Kling’s business card was pulled from a gold-colored carousel filled with business cards from Thor dealers who entered the drawing. 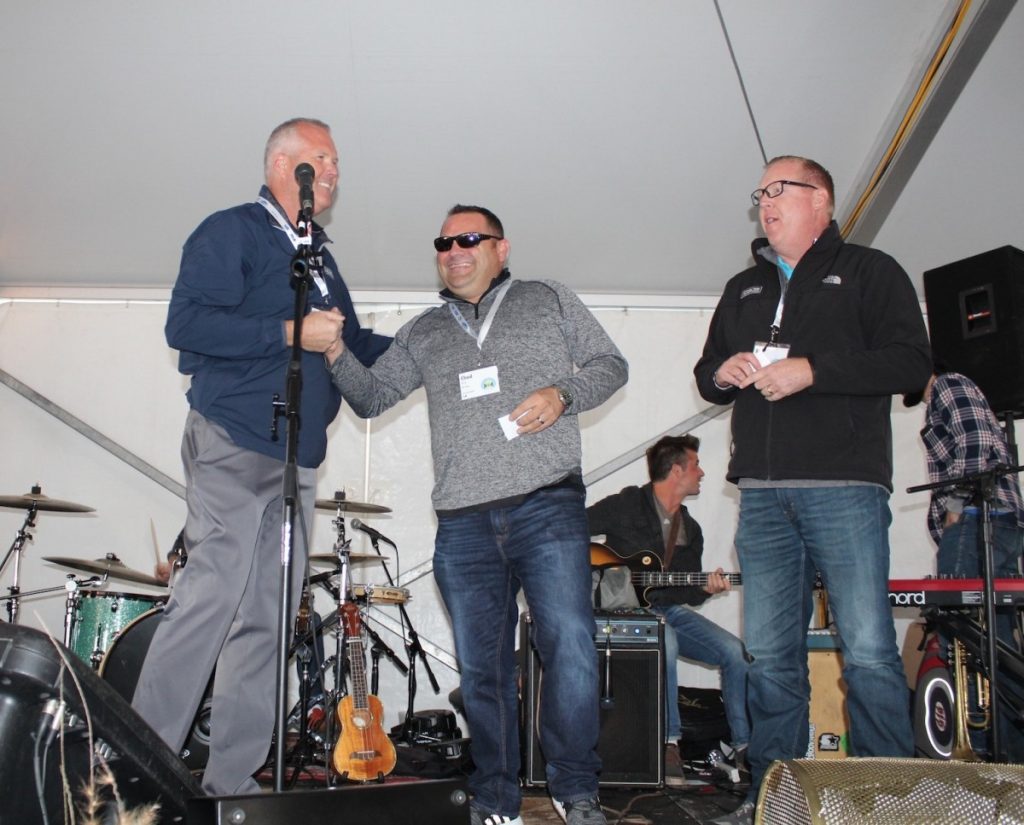 As fate would have it, Kling’s card was actually the sixth business card drawn by an off-duty Elkhart police sergeant acting as an impartial party pull from the carousel.

The first five dealers – from the states of California, Colorado, Kentucky, Michigan and New York – did not respond when Martin called their respective names from the stage of the big-top tent Thor pitched on the grounds of the RV/MH Hall of Fame, where it holds its annual dealer event. (Dealers had to be present to win.)

Kling specifically chose the Corvette, one of three vehicles offered by Thor this year.

Martin said this is the fourth year Thor has hosted a drawing during Open House Week where dealers had the opportunity win a new car in a drawing.