A Nevada man linked to the theft of motorhomes in West Michigan and elsewhere was convicted of multiple charges at trial in U.S. District Court in Grand Rapids.

Ronald Bruce Myers, 56, was convicted of charges related to the thefts of motorhomes in Grand Rapids and Holland, MLive.com reports.

An accomplice, Walter J. Nunley, of Kentucky, was sentenced last year to 188 months in federal prison after he pleaded guilty and admitted to stealing a motorhome from Holland Motor Homes and two from Midway RV Center in Grand Rapids in 2012. The government alleged that they stole three others outside of Michigan with losses totaling around $1.5 million.

Myers, who had previous convictions related to interstate theft of motor vehicles or possession of motor vehicles, left Kentucky Department of Corrections in early September 2011. Nunley and a woman who has not been indicted, records showed, picked him up.

The government said Nunley and the woman drove Myers to Tennessee to obtain a driver’s license and then to Texas, where the obtained authentic, but blank, Virginia motor vehicle titles. 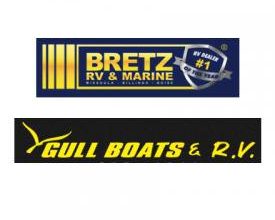 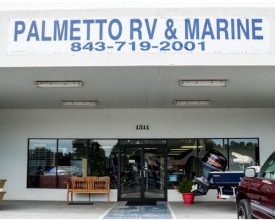