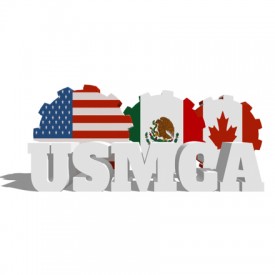 Auto parts suppliers are eagerly awaiting ratification of the new North American free-trade deal – a pact that could result in up to an additional $8 billion in annual Canadian parts orders, according to an Automotive Parts Manufacturers Association internal estimate.

But the industry is stuck in a waiting game on the deal, which awaits ratification from Canada and the U.S., where an impeachment inquiry into President Donald Trump threatens to upstage the deal.

“We would be compliant on Day 1,” Rob Wildeboer, chairman of Martinrea International, said, adding that his company meets the higher-content rules in the free-trade deal negotiated last fall by Canada, the U.S. and Mexico.

Martinrea, the third-largest Canadian supplier, sources much of its materials from within North America.

APMA President Flavio Volpe said the U.S.-Mexico-Canada Agreement (USMCA) could be a major boon for his members, adding anywhere from $6 billion to $8 billion a year in new business, thanks to increased local-content requirements, according to an internal APMA estimate. That’s because USMCA would require 75 percent of a vehicle’s components to be sourced from within the three countries to cross borders without tariffs, up from 62.5 percent in the current North American Free Trade Agreement (NAFTA).

“The content levels are going to drive the business for us,” Volpe said.

The deal, reached in 2018, requires ratification by all three countries to take effect.