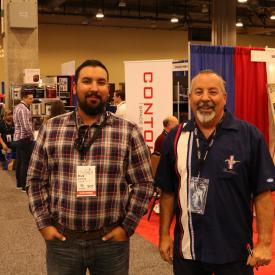 GRAPEVINE, Texas – Droves of dealers and suppliers took to the expansive convention floor at Marriott’s Gaylord Texan for the 2018 NTP-STAG Expo. Outside the floor in the atrium, near a façade of the Alamo, a miniature train looped around on display with the Expo’s sponsor, Blue Ox, printed on the side of a freight car.

Several educational seminars were held on the first day. Based on the turnout, it was apparent that strength in the industry is being felt all over.

After a day of education seminars, the atmosphere on the expo floor remained electrified until the doors were closing at 9 p.m., the overhead speakers repeating that the expo was closed for the night.

The overhead announcer called out the time for “Power Hour” at regular intervals, as dealers crowded the Airxcel booth, price offers from sellers waving above their heads, like brokers on the stock exchange floor.

The effects of the flu and other winter ailments were felt at the show, as one large electronics supplier was unable to set up its booth, and some folks were too ill to speak.

But the buzz surrounding some of the new items, and the “Power Hour” deals, did not remain silent.

Father and son dealer duo Rick Bartock, general manager, and Ted Bartock, owner, of Carlsbad RV Center were privy to many of the deals.

“There was a lot of new stuff that we haven’t seen that we’d like to bring on,” said Rick Bartock. “We enjoyed the Power Hours, that’s for sure … We mainly come here to take advantage of all the deals they got going on.”

He and his dad went on to talk about the Playmaker from Winegard and Contoure’s new ventless washer/dryer combo, the latter of which they made several orders. The Expo also served as an opportune meeting ground.

“Getting to meet dealers and seeing what’s going on in their market and compare and see what’s hot or not for them,” said Ted Bartock, is very resourceful. For instance, he sells the Atwood A/C while others don’t because it does well for his area. “We’ve been in the business for 14 years. We started off raw and didn’t know what was going on, but it helps to mingle with other dealers.”

Trailer Valet will be releasing its much-anticipated robotic parking assistant, the RVR, next month, Pinnacle released a new induction stove top, and Contoure will be adding a Wi-Fi update to its ventless washer/dryer combination in 2018, creating the ability to communicate with users when clothes are dry.

Among the many new products on display was KING’s Quest Pro with a clear gray cover. Prizes were also announced throughout the day, including a Dicor bobblehead.

“The crowd’s been good, the products’ have been good – I’ve been enjoying myself so far,” said Craig Beckley owner of Beckley Camping Center in Thurmont, Md. “I look forward to coming to these events and growing my business.”

The momentum slowly dissipated as the hours went on and sales were tallied, and everyone made their way to the atrium for the closing after party, awaiting flights that were only a couple hours away. 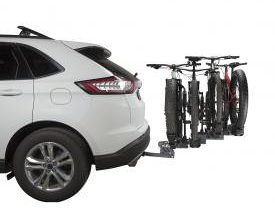 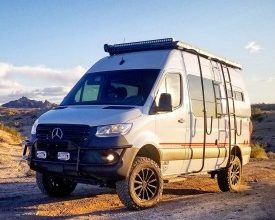 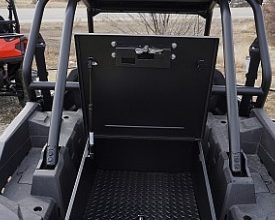 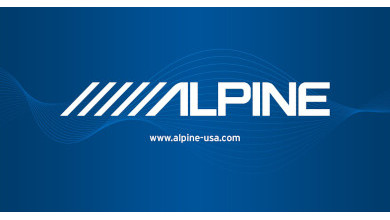